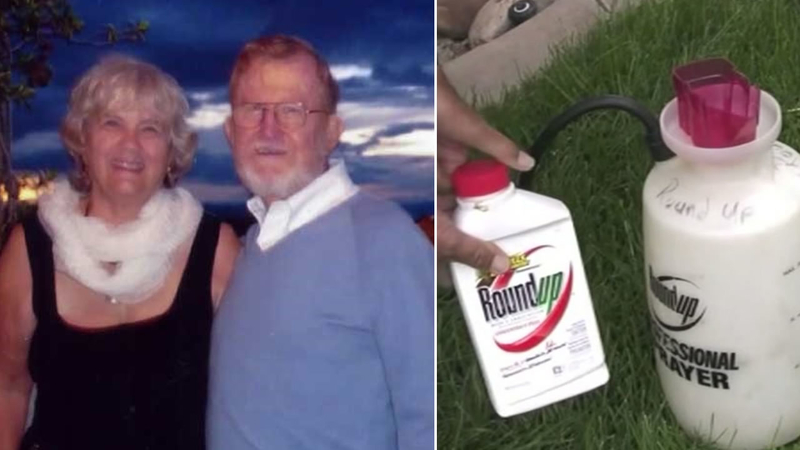 The couple, in their 70s, argued that years of use of Monsanto's Roundup herbicide caused them each to develop non-Hodgkin's lymphoma.

In court, Alva and Alberta Pilliod of Livermore testified that they sprayed Monsanto's herbicide Roundup on their three properties over a period of more than 30 years. Both eventually developed non-Hodgkin's lymphoma, a type of cancer.

"We've been fighting cancer for nine years now, Al longer than me and it was caused by Roundup. It's changed our lives forever," said Alberta Pilliod.

The couple used Roundup for weed control. One of their attorneys, Michael Miller, said the Pilliods saw Roundup commercials of homeowners spraying the herbicide wearing shorts. As a result, Alberta thought was safe to do the same. "From their ads, we felt that it was incredibly safe to use," she said.

Their attorney had told the jury that the chances of both of them getting the same type of cancer was one in 20,000.

"Monsanto keeps denying that it causes cancer and these two fine people here are casualties of that deception," said Brent Wisner, one of the attorneys representing the Pilliods.

Both underwent chemotherapy and are now in remission.

This is the third Monsanto case to prove that Roundup can cause cancer.

Last August, a school groundskeeper from Vallejo with terminal cancer, was awarded $289 million in damages. But after months of legal battles, a judge reduced that award to $78.5 million.

In March, Monsanto was ordered to pay $80 million in damages to a Santa Rosa man, who used Roundup at his home, and is now in remission from non-Hodgkin's lymphoma.

There are more than 13,000 cases against Monsanto that are expected to go to trial in the United States.

Bayer, which now owns Monsanto, called the verdict disappointing and say they will appeal.