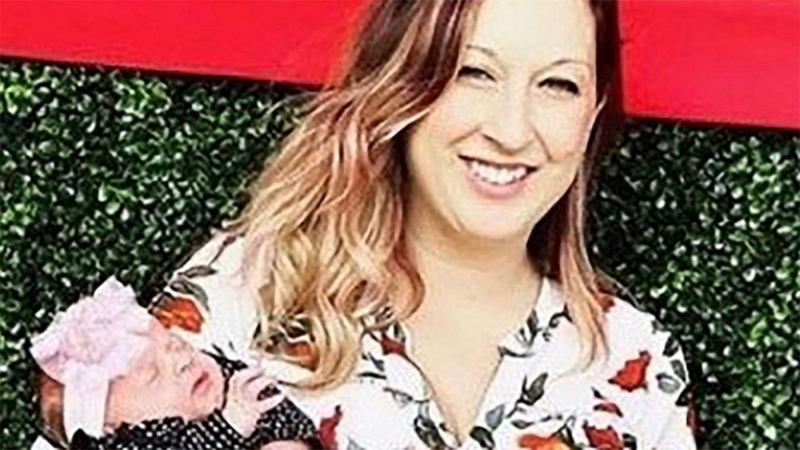 LAKE CHARLES, Louisiana (KTRK) -- Family, friends and loved ones in Lake Charles, Louisiana honored the life of the Austin mother found dead inside the trunk of a car.

A public wake for 33-year-old Heidi Broussard was held on Friday. Funeral services will take place on Saturday from 12 p.m. to 2 p.m., with a procession to follow.

Broussard and her infant daughter, Margot Carey, had been missing since Dec. 12 when Broussard's body was discovered strangled in a home in northwest Harris County on Dec. 19, according to officials. Her baby was found alive in the same house and was reunited with her father, Shane Carey, on Christmas Eve.

Watch the video above to see more about baby Margot being reunited with her father and his family in Austin, after her mother was killed.

"Heidi was infectious," said Cari Laughlin, a friend of Broussard's. "She was a free spirit. She didn't want to be put in a cage. She was fun. We laughed a lot. She understood. She would have done anything for anybody."

According to Broussard's obituary posted on the Johnson Funeral Home website, the mom lived most of her life in Lake Charles and spent the past four years in Austin.

"Heidi had a real soft spot for animals and was currently applying to further her education to work as a Veterinary Technician," reads to obituary.

Broussard's friend Rachel Powell described their friendship as one "people dream of."

"It's one of those ones that you could not see each other for days, months and when we saw each other again, it was like we never left each other," she said. "We picked up right where we left off."

Last week, Broussard's friend, Magen Fieramusca, was charged with kidnapping and tampering in the case.

Sources told ABC News she is expected to appear in court on Thursday, Jan. 2.

READ MORE: Mother of murdered Austin mom on suspected killer: 'I was uneasy with her