Mother of murdered Austin mom on suspected killer: 'I was uneasy with her'

KTRK
By Marla Carter
HOUSTON, Texas (KTRK) -- DNA tests will determine if a child found in a northwest Harris County home is Margot Carey. Margot's mother, Heidi Broussard, was found dead inside of a trunk, and the child was found alive inside of the home.

"She's fine, happy and healthy," said Tiffani Butler with the Department of Family and Protective Services.

DFPS said a DNA test is often done in these cases.

"We do ask for DNA to be tested to make sure that the people who are coming forward and saying that they're relatives are actually relatives," explained Butler.

Last week, Broussard's close friend, Magen Fieramusca, was charged with kidnapping and tampering in the case.

Fieramusca has at least two baby registries indicating a Dec. 1 due date and her past attorney, who represented Fieramusca in a 2018 theft case, said she appeared very pregnant early last month.

Devlin told ABC13 the theft case was dismissed. He said when she stood up, that's when he really noticed. However, Fieramusca never actually said she was pregnant. She just appeared that way, according to Devlin.

"When they're very far along, they sort of stand up and brace themselves," said Devlin. "They sort of push themselves up rather than just a normal stand like people would do, and that's when I observed, what I believe, was how pregnant she was."

Broussard's mother, Tammy Broussard, releases statement regarding her daughter's death:
"The family is overwhelmed with grief. We're getting through as a family. We're blessed with having many of Heidi's friends to help and Austin and Lake Charles community have been wonderful with their support and kindness and we're very grateful to them."

Tammy Broussard said that, with Christmas coming up, their focus is on spending time with Heidi Broussard's 6-year-old son, who has now lost his mother. "She was very loved and we want to do this as a family with his father, Shane, and Grandfather, Ty, and all the others who loved Heidi," she said."

Tammy Broussard also told ABC News she had a bad feeling about Fieramusca saying, "But the thing is, I was uneasy with her, and I had (been) from the beginning of her friendship with Heidi."

"She was supposedly Heidi's friend for a long time," explained Tammy Broussard. "Heidi had so many friends. Everybody loved her. We thought Magen loved her too. But evidently that wasn't the case. She wanted Margot, is what she wanted."

Video at Broussard's Austin apartment complex captured her getting into Fieramusca's car willingly on Dec. 12, the day she went missing, said sources. Margot was with her.
EMBED More News Videos

Fieramusca, a former wedding planner with glowing reviews, appeared in court for multiple previous charges related to six traffic tickets from April 2018 including expired registration, no driver's license on demand, driving while license invalid, failure to report change of address or name, expired driver's license and no car insurance.

She pleaded no contest to all six tickets and was found guilty. She was fined $50 each for four of her outstanding tickets and $175 for the remaining two.
Later Friday, bond amounts were set for Fieramusca's charges in connection with the disappearances of Broussard and her child, totaling $600,000. 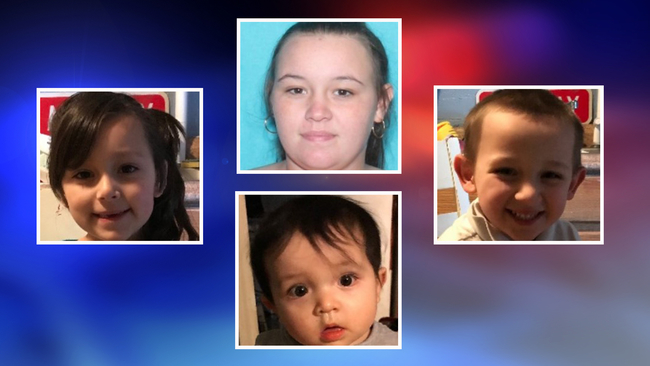