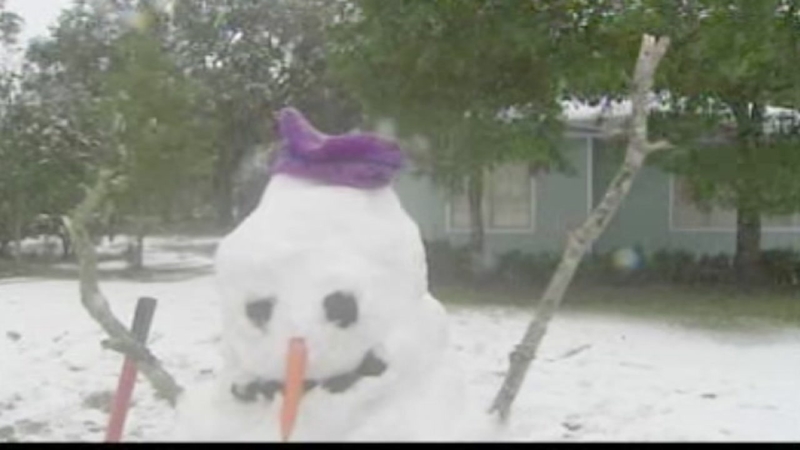 HOUSTON -- The morning of December 4th, 2009 started out cold and rainy but ended with a blanket of snow across the Houston area. It was the earliest measurable snow ever recorded in the Houston area.

Snow fell for eight to nine hours, dropping two to five inches of snow from Edna to Richmond with about an inch of snow in Houston.

So how did it happen? The National Weather Service reported:

An unseasonable cold air mass was in place and a weak upper-level disturbance approached the area from the northwest. Rain developed early in the morning as this feature tapped gulf moisture. Temperatures were in the lower 40's at the onset of this event but as the rain continued to fall, well so did the temperatures. The rain quickly changed to snow and accumulating snows ensued.

It was also the first time that accumulating snows have fallen in consecutive years in Houston.