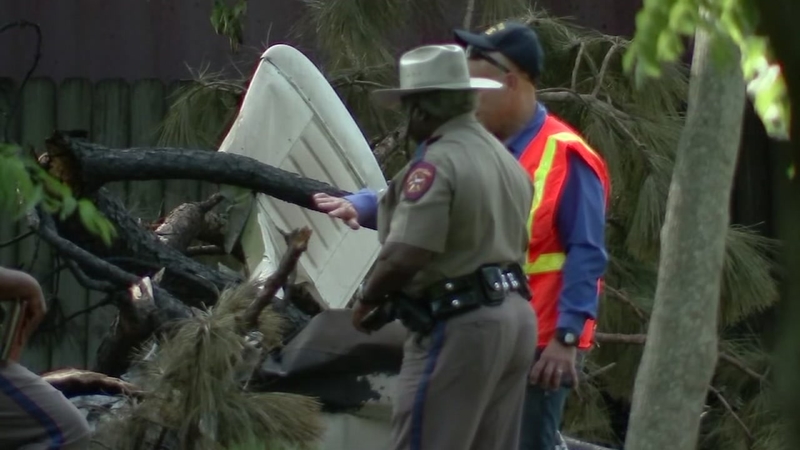 The fiery crash was reported around 4:15pm. The wreckage was discovered amid some trees not far from the airport, right next to Sherri and George Turner's home.

"Snapped the pine tree, hit the ground and blew up. By the time I came out it was fully engulfed," said George Turner.

Turner grabbed a garden hose to put water on the fire and keep it from spreading.

According to the FAA, the plane had taken off from West Houston Airport a few minutes earlier. Investigators believe it suffered some kind of engine failure. Eyewitness Gustavo Trevino, who owns a business nearby, noticed the plane was having trouble just after take off.

"It made a sharp turn to the left," said Trevino. "When it hit the pine tree, the plane, everything disintegrated."

A small plane crashed near West Houston Airport on Friday.

Trevino then rushed to help. He also used his cell phone to record video of the aftermath. His footage shows a fiery field; in the wreckage, up close, it's difficult to tell what's what.

"Everything was just on fire," Trevino added.

The names of the four victims have not been released. Neither has the plane's tail number. Several people who said they knew the victims gathered at the scene Friday evening hoping for information.