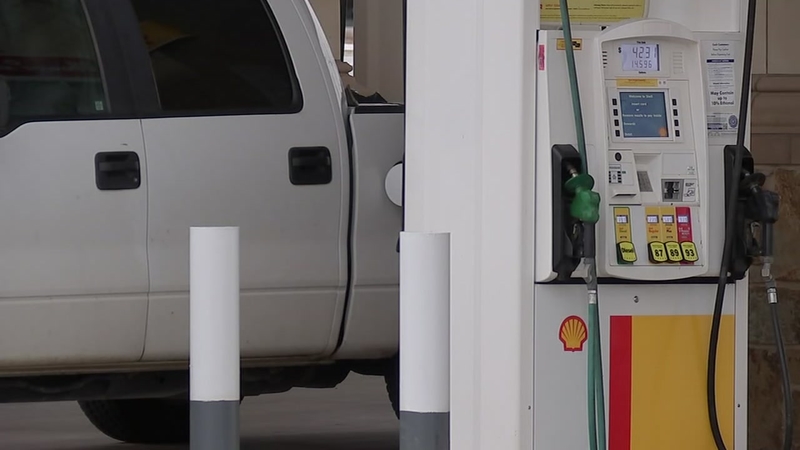 HOLIDAY SKIMMING: Watch out for uptick in scammers at the pump

KATY, Texas (KTRK) -- Neighbors in the Katy area are issuing a warning about possible skimmers. Those are the small devices used to steal information when you swipe a card.

They said thieves stole their information after filling up at the pump. They want others to be careful the next time they visit a gas station.

Brittany Zeuli posted on the Nextdoor app about her experience. She said she visited a gas station on FM 1463. She suspects someone stole her credit card information and later went shopping at a grocery store.

She filed a report with the Fort Bend County Sheriff's Office, which is investigating the case. As of Monday, no skimmers have been recovered.

"It's a little uneasy knowing that I can't even put gas in my car without being worried," said Zeuli. "Ever since then, I always shake it. I haven't been to a Shell since. I go in and pay cash, or just pay with my card inside."

Steven Plake said he didn't bother reporting his stolen information to law enforcement. Plake told ABC13 this is the fifth time thieves stole his credit card information. He suspects skimmers are the reason why.

"There's a lot of people that this has actually happened to. I put it on there to make sure my neighbors knew," said Plake. "That was the only place I had gone that day. The very next day, it started showing up."

Experts suggest using the pump closest to the store front. Check your Bluetooth section in your cell phone. If you find a device with a long series of numbers, there could be a skimmer at the pump. Check the security tape on the pump. The safest thing to do is to pay with cash inside the store.

ABC13 checked with the Texas Department of Agriculture about the stores referenced on social media. Officials haven't received any reports about skimmers in the last year. They said they aren't always notified.

They encourage the public to reach out to them directly if they experience a problem. A spokesperson told Eyewitness News that Commissioner Sid Miller will be asking state lawmakers to create a streamlined reporting system so the public can better understand where the devices are found in Texas.

ABC13's Erica Simon reports on the rising "shimming" trend that could go undetected at card readers.