Shoplifting suspect shoots himself in head during police chase 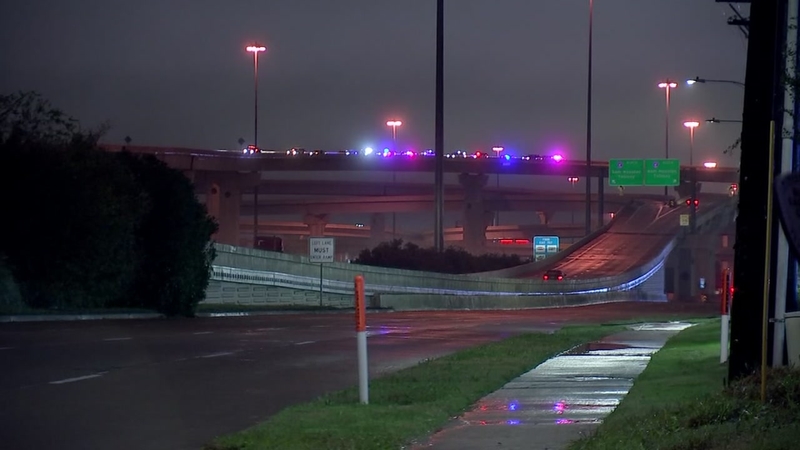 Man shoots himself during chase

HOUSTON, Texas (KTRK) -- A shoplifting suspect shot himself in the head during a brief police chase.

The Harris County Precinct 5 Constable's Office says deputies tried to stop the man as he led them down the W. Sam Houston Toll Road.

According to authorities, the incident began around 1 a.m. when they were involved in a pursuit after reports of a suspicious vehicle.

Earlier that night, deputies say a woman was accused of shoplifting at a Target on Eldridge Parkway. The woman was then escorted out of the store and got into a vehicle with a man and remained in the parking lot.

Authorities say employees were afraid when the car did not leave, so they called the police.

Once deputies identified the vehicle, a chase began. The man began speeding on W. Sam Houston Tollway and then stopped on the exit ramp overpass to I-10.

The man then got out of the vehicle and shot himself in the head. He is currently on life support.

Authorities say they are not expecting the man to recover from the self-inflicted wound, therefore, they say he will not be charged.
Report a correction or typo
Related topics:
houstonsuicideattempted robberyhigh speed chase
Copyright © 2021 KTRK-TV. All Rights Reserved.
More Videos
From CNN Newsource affiliates
TOP STORIES