Series of shootings near Stafford church are result of ongoing feud, deputies say 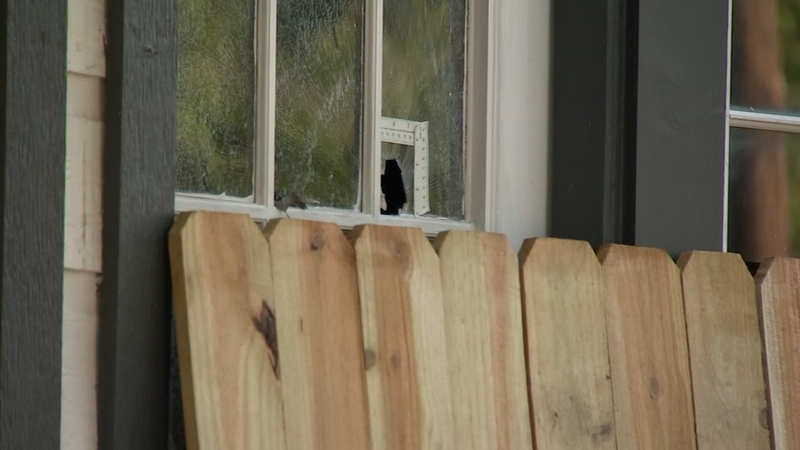 STAFFORD, Texas (KTRK) -- Deputies say a shooting near a church in Stafford is the result of an ongoing feud. It's the latest in a series of shootings over the past several days.

A truck in the parking lot of the church and the building itself were damaged when shots were fired Tuesday night.

The shooting happened near La Vida En Cristo on Fifth Street in Stafford around 6 p.m.

Many of the people who ABC13 spoke to about the shooting did not want to go on camera out of fear of retaliation, since the gunman is still out there.

Pictures from the scene show damage where a bullet went through the driver's side door of a truck, and also punctured a back tire.

On the church itself, a window was shot out.

Thankfully, nobody was hurt.

A neighbor in the area said they heard multiple gunshots Tuesday night. They said it sounded like the gunman may have driven up and down the street a few times while shooting.

Neighbors told ABC13 this is the third time the same man has fired shots in the area in a matter of days.

They said the other incidents happed near the church on Sunday and Monday.

No injuries were reported in the other two shootings, but neighbors still want the shooter in handcuffs.

"Last night, April 26, 2022, an ongoing feud ensued between two individuals which resulted in gunfire causing collateral damage to a church and a truck damage. No injuries have been reported. FBCSO detectives are conducting the investigation which is ongoing.

As the case develops, we will provide an update. Thank you."

If you have any information, you're urged to contact the Fort Bend County Sheriff's Office.