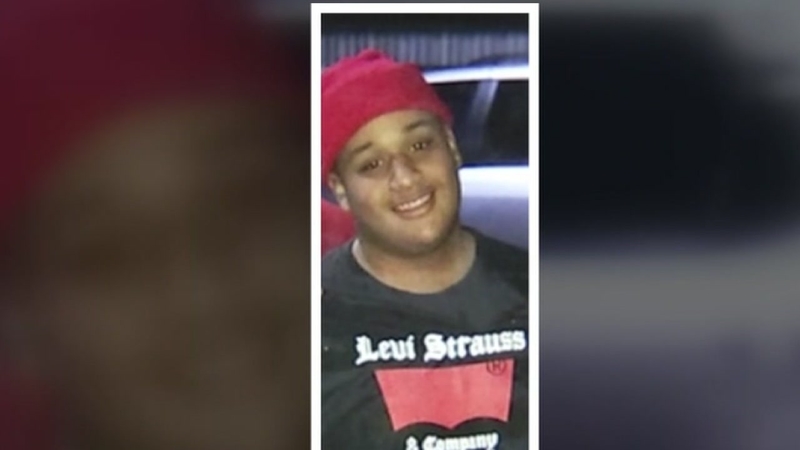 HOUSTON, Texas (KTRK) -- Increased security and grief counselors are at Lamar High School Wednesday after the murder of a student law enforcement sources say was killed in a gang war.

Both Mack and the girl were hit, but police say the shooter then stood over Mack and shot him several more times.

Officials tell Eyewitness News this was a retaliatory shooting that is gang related and possibly linked to several shootings over the last few weeks.

Late Tuesday, police found the car allegedly used in the crime. It is a black Subaru and it was found on Trulley Street in Third Ward after someone spotted it and called HPD.

The vehicle is now being processed for evidence. Police are calling on anyone with information on the shooter and two other suspects to come forward.

All three suspects are believed to be teenagers.

"Let's work together and remove these criminals, these violent criminals off the street. Most of our kids in our city are great kids, great, and we are not going to stand by and let a few of them mess up everything. This is sad," said HPD Executive Asst. Chief Troy Finner.

The shooting also sent Lamar High School into lockdown mode and led to a show of force by police at Ben Taub Hospital, where Mack died.

"We're not going to just stand by. We need the public support." Watch police provide update on student's shooting

This was the second tragedy to rock the school within a week.

Last Thursday, two freshmen died in a murder-suicide. Their bodies were discovered at a luxury apartment complex in Upper Kirby.

Anyone with information on Mack's murder is urged to contact Crime Stoppers at 713-222-TIPS or HPD's Homicide Division. You can also make an anonymous tip online at www.Crime-Stoppers.org.

Delindsey Dwayne Mack was killed Tuesday near Lamar High School in a shooting that also injured a female student.