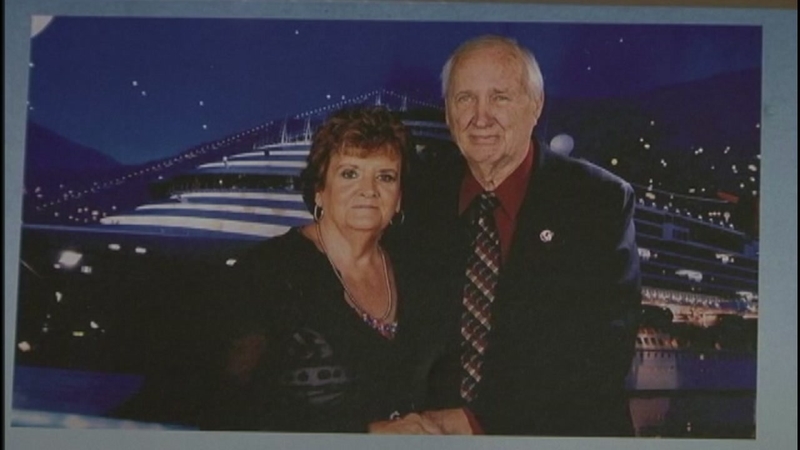 HOUSTON (KTRK) -- With two shots fired, two people have been killed and two wounded in a tragic scene in northwest Harris County.

The shooting happened Tuesday afternoon at a home in the 20300 block of Silver Wood Trail. Investigators with the Harris County Sheriff's Office say a married couple in their 70s both died in the shooting.

Husband fired fatal shots in shooting that killed him and his wife.

Deputy Thomas Gilliland says the couple both suffered a number of health issues. A spokesperson for the family says John Howell had been battling terminal pancreatic cancer and his mental and physical health was deteriorating; his wife Linda had suffered a brain bleed over the summer and was in and out of the hospital.

"They were both absolutely miserable. Mom was in excruciating pain from the brain bleed," their son, Scott Howell, said.

Over the past two days, Linda had been complaining she wasn't feeling well. Gilliland said that's when John retrieved a weapon and shot his wife, killing her. He then turned the gun on himself, but Scott struggled with his father, trying to prevent the shooting.

"I lunged for him to try and grab it. And when I did, he pulled the trigger and it went through his left chest and hit me in the left biceps and came out my left triceps and hit the nurse who was helping us out, who was standing in the doorway," Scott said.

The female victim was taken by LifeFlight to a hospital, and she is said to be in good condition. Scott son was taken to a hospital by ambulance. His injuries not considered serious.

Scott says he knows he's parents are no longer suffering.

"It was definitely out of mercy," he said.

A family spokesperson issued a statement to Eyewitness News, which said, in part:

"He had no intention to hurt others. He loved his family dearly.

"This is a most horrific time that no one can ever prepare for. If the public could please give the family the opportunity to get through this nightmare with minimal media hysteria, they would greatly appreciate that," the spokesperson said in the statement. "The family would also like to let the public know that their father was a wonderful and caring man who did everything for his wife, kids, and grand kids. They hope one day he and his wife will be remembered for their wonderful and blessed life and not this tragic ending."
Related topics:
houstoncypressshooting
Copyright © 2021 KTRK-TV. All Rights Reserved.
TOP STORIES
Matthew McConaughey says he won't run for Texas governor
6 dead, including 2 teens, in span of 10 hours on Houston roads
Shots fired while families eat at Galleria-area restaurant
19-year-old shot trying to sell PlayStation 5 in NW Harris Co.
11-year-old girl fatally shot by father in E. Texas hunting trip
'Everything is lost': Family in need after SW Houston townhome fire
Judge sets $1M bond for man charged with neighbor's murder
Show More
Man fatally shot in head outside SW Houston apartment complex
Man stabbed to death during fight outside north Houston restaurant
Innocent driver and passenger killed in crash with DWI suspect
Trial set to start on charges Jussie Smollett faked racist attack
Fashion designer Virgil Abloh dies at 41
More TOP STORIES News