Motorcyclist shoots and kills man who was chasing him with pipe, police say 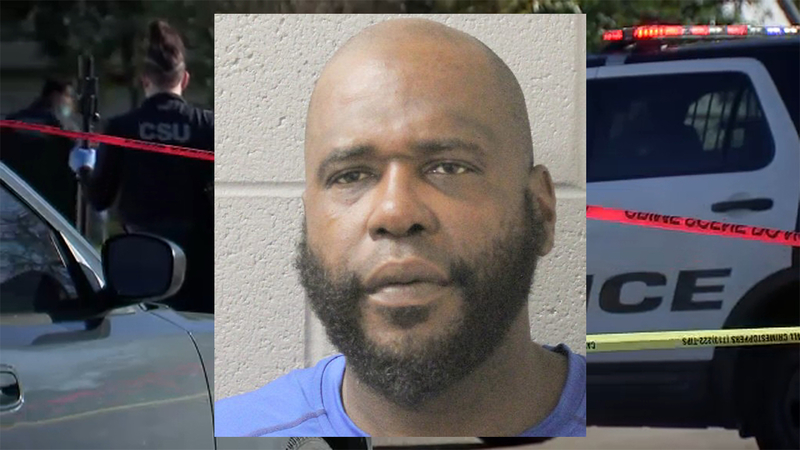 Man fatally shoots man who was chasing him with pipe: police

HOUSTON, Texas (KTRK) -- Police are looking for a suspect they say fled the scene on a motorcycle after fatally shooting a man they say was chasing him with a pipe in southwest Houston.

Police say 43-year-old Derrick Fields was chasing 49-year-old Cedric Gee Mosley with a metal pipe down the street when Mosley pulled out a gun and shot Fields multiple times.

"As a matter of fact, there was an officer in the parking lot right up the street who heard the shots and as soon as he was pulling in the neighborhood, the suspect was leaving," said Det. Steven Murdock with Houston Police.

Police say Mosley fled the scene riding a black Honda VTX motorcycle. Investigators say he is wanted for questioning, however, he is not currently charged in the death of Fields.

Murdock told ABC13 he believes the shooting may have been over an ongoing dispute over drugs between the two men.

"We have a pretty good idea of who we're looking for," he said. "These guys have been going at each other for two days now."

Fields' father spoke with ABC13 the afternoon of the shooting and said Fields leaves behind a son of his own.

Anyone with information on Mosley is asked to contact HPD's Homicide Division or contact Crime Stoppers at (713) 222-TIPS.