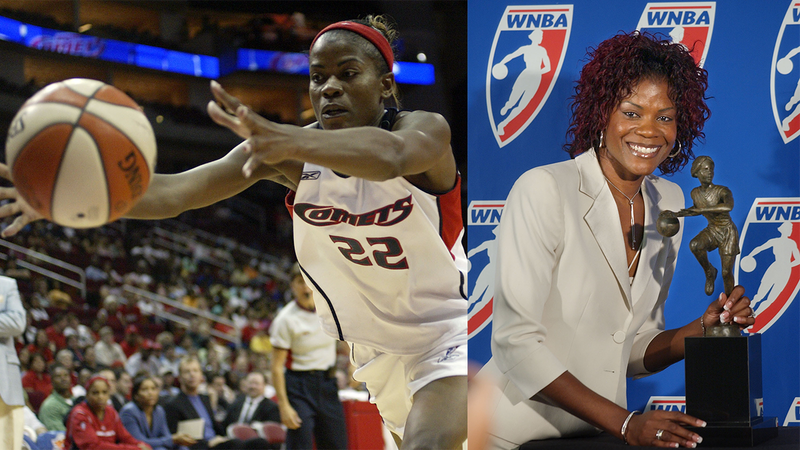 HOUSTON, Texas (KTRK) -- One of the most important women in the history of basketball is now a Houston Sports Hall of Famer.

Sheryl Swoopes, who won four WNBA titles and a league MVP as a member of the Houston Comets, is part of the 2022 Houston Sports Hall of Fame class alongside former MLB pitcher Roger Clemens and former Houston Rocket Clyde Drexler.

Swoopes, who also has three Olympic gold medals as a member of Team USA, is the first player ever signed to the WNBA. She a woman of firsts because as she is also the first woman to have her own signature shoe by Nike and was inducted into the Naismith Basketball Hall of Fame in 2016.

Swoopes joined ABC13's Jonathan Bruce to discuss her career and the induction into Houston's Hall of Fame. She said the honor is as meaningful to her as the Naismith plaque.

For the full conversation, view the video above.