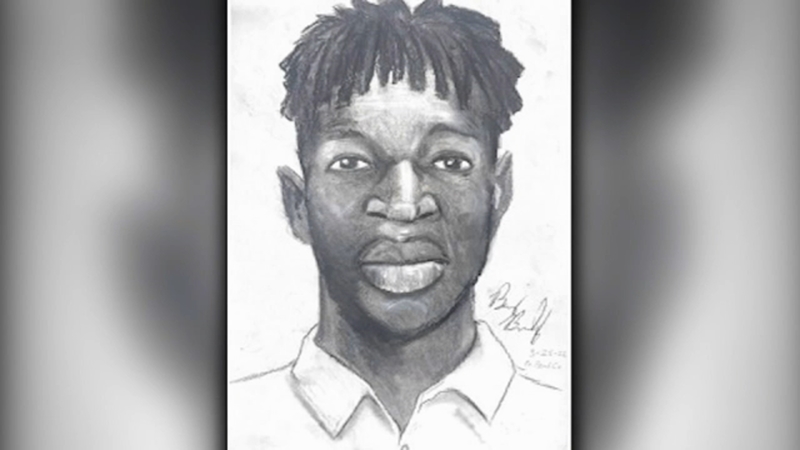 FRESNO, Texas (KTRK) -- Fort Bend County neighborhood residents are on high alert after a woman was sexually assaulted on their walking trail.

The Fort Bend County Sheriff's Office said the woman reported passing a man sitting on a bench in the center of the Estates at Teal Run Subdivision on March 22 at around 2:45 p.m.

Later that afternoon, she told the authorities that the man had tackled her and sexually assaulted her.

FBCSO was able to use the information she gave them to produce a sketch of the suspect.

He is described as a Black man with a dark complexion, short, dark hair in a dreadlock style, between 18-19 years old, weighing approximately 185 pounds, and 5 feet 6 inches in height.

The suspect was wearing a red polo-style shirt, dark-colored pants, and black shoes, the victim said.

Hickman's wife told him about the attack on the trail they used to walk their dog.

Neighbors told Sandra Castillo about the attack. She said she walks the trail regularly but now said she is scared.

"I feel so bad, because I always walk in this area," Castillo said during her walk Monday afternoon. "I'm coming back alone. I'm coming back with someone."

The sheriff's said that the suspect has not been identified as of Monday.