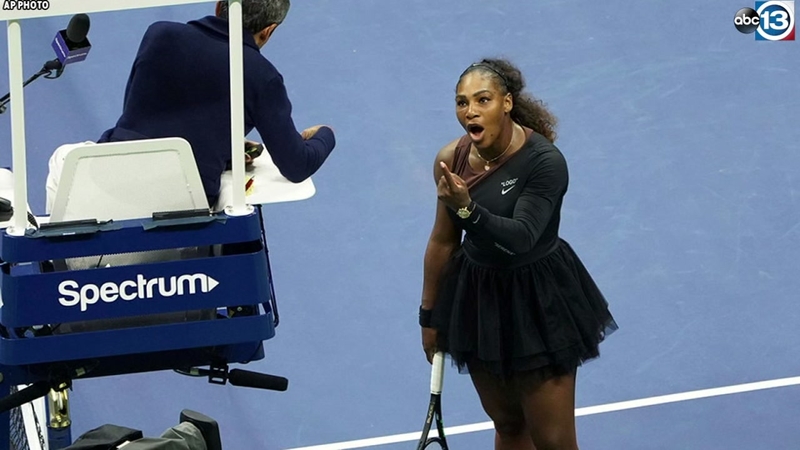 Zina Garrison weighs in on Serena Williams' US Open outburst

HOUSTON, Texas (KTRK) -- Reaction is still pouring in after tennis star Serena Williams was caught in a heated dispute with an umpire during her U.S. Open championship match over the weekend.

Fellow athletes are weighing in on her emotional reaction after the umpire issued a violation in the controversial match.

Twenty-nine years ago, tennis superstar and Houstonian Zina Garrison was in a similar showdown, beating crowd-favorite Chris Evert in the U.S. Open.

Garrison says Williams was simply standing up against sexism.

"The men, like Serena said, say a lot worse. Yes, she could have calmed down, but she was in the heat of the moment," Garrison said.

She adds she has known Williams since she was 7 years old, and she was defending her character.