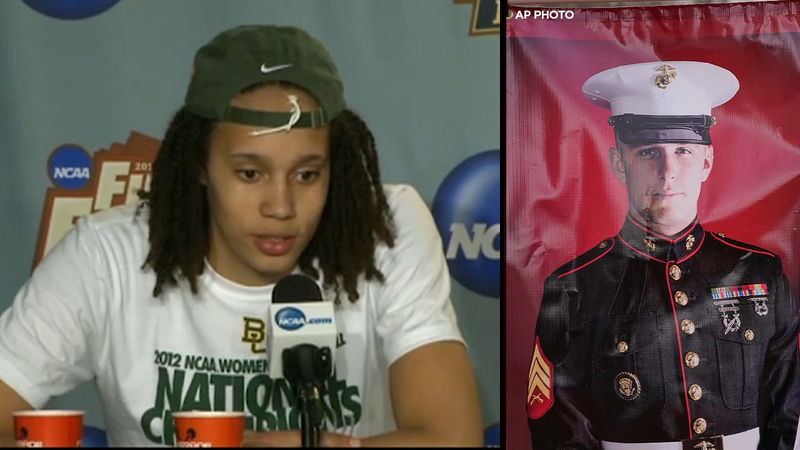 Reed returned Thursday, one day after the veteran was swapped for a Russian drug trafficker in a prisoner exchange between Washington and Moscow.

Reed was swapped in Turkey on Wednesday for Konstantin Yaroshenko, who had been serving a 20-year prison sentence in a cocaine trafficking conspiracy case.

The Marine, 30, was arrested in the summer of 2019 after Russian authorities said he assaulted an officer while being driven by police to a police station following a night of heavy drinking.

He was later sentenced to nine years in prison. The U.S. government described him as unjustly detained and pressed for his release; his family asserted his innocence and expressed concerns about his deteriorating health - which included coughing up blood and a hunger strike.

But there are still two Americans in Russian custody: Paul Whelan, another Marine, and Houston native and WNBA star Brittney Griner, who was jailed in Russia after being arrested and detained on Feb. 17 on illegal drug charges.

ABC13 also talked to Cornyn about the efforts to bring Griner home and the state of American relations with Russia.

Watch the full conversation above.