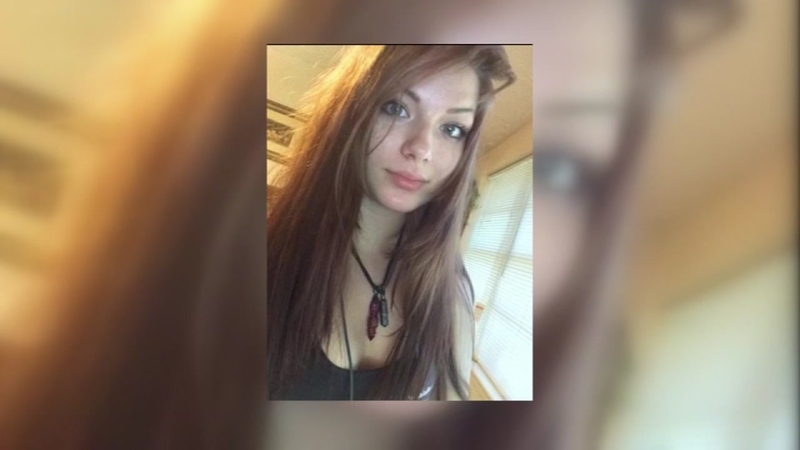 BAYTOWN, Texas (KTRK) -- Search teams fanned out across a wooded Texas City bayou area at sunset and into the evening, looking for signs of a missing Baytown teenager.

Kirsten Fritch, 16, hasn't been seen since her mother and sister were found dead in their Baytown home. Both had been shot, and were discovered by Baytown police during a welfare check.

"They said his shirt was wet and he was sweating," she said.

"He asked to make a phone call, and spoke to someone and told them to come pick him up."

Instead, a half-dozen police officers walked in with flashlights, and pointed them at Dobbs' face. He was placed in handcuffs. Surveillance video showed a scuffle breaking out with officers. He was later charged with resisting arrest and remains in the Texas City jail, without bond.

"He's not telling us anything," said Baytown Lt. Steve Dorris.

"We feel he knows the whereabouts of Kirsten, but is refusing to cooperate."

The car belonging to the murdered mother was found across the street from the bar where Dobbs was arrested. It was abandoned in the back of an apartment complex.

"We don't know why he came to Texas City, or what connection he may have here," said Dorris.

Barbara DeRamus fears the loss of her daughter, Cynthia Morris, and 13-year-old granddaughter, Breanna Pavlicek, may not be it.

She called police when she couldn't get in touch with her daughter.

"They were so young and they didn't deserve this. I think he murdered my daughter and my granddaughter," she said.

Eyewitness News uncovered court records from Polk County showing Dobbs pleaded guilty in May to assaulting his ex-girlfriend, Dallas Hay, who is also the mother of his two young children. He was sentenced to 30 days in jail.

Hay says she spoke to Dobbs Tuesday afternoon and he acted as if nothing was wrong. She says she saw Fritch in the background as Dobbs video chatted with his children on Sunday.

"I hope and pray they find the girl and they find out who did this. I don't know who Jesse is anymore, but if he did this, he deserves punishment for what he did," Hay told Eyewitness News.

"I hope the family gets justice. My heart is aching for the family and the missing girl."