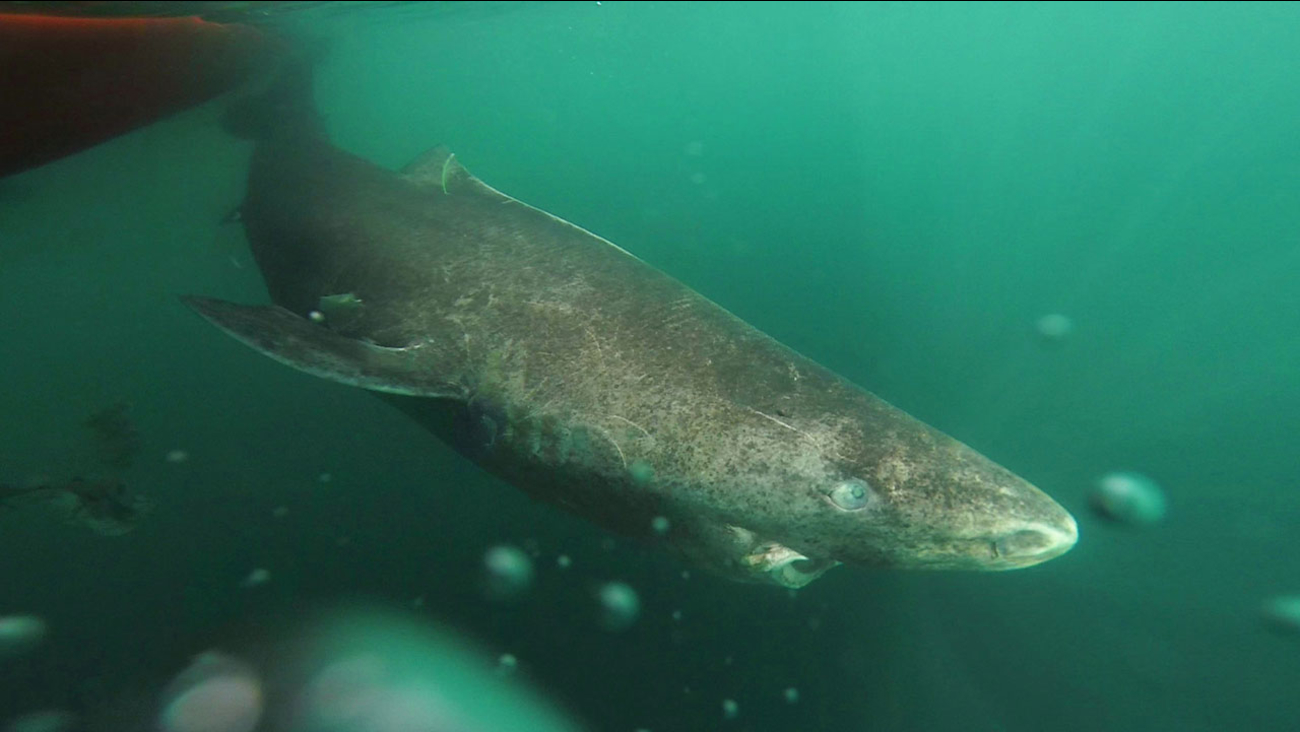 A Greenland swims slowly away from a boat, returning to the deep and cold waters of the Uummannaq Fjord in northwestern Greenland during tag -and- release research. (Julius Nielsen via AP)

WASHINGTON -- More than a dozen animals live longer than we do. A new study estimates that at least one Greenland shark lived about 392 years, making it the longest-living animal with a backbone.

Here are the animals that the scientific longevity database AnAge says have lived the longest. Many of these live in the cold and in water.

1. Hexactinellid sponge: One of these Antarctic sponges lived for an estimated 15,000 years.

2. Epibenthic sponge: Another Antarctic sponge that is generally estimated to live 1,550 years.

3. Ocean quahog: This clam, nicknamed "Ming," had its rings measured and it lived 507 years.

4. Greenland shark: A new study estimates the age of one of these sharks at 392, but it could have been somewhere between 512 and 272 years old when it died.

5. Bowhead whale: One male bowhead living in the Arctic waters was estimated to be 211 years old when it died.

6. Rougheye rockfish: These red fish of the North Pacific have lived to be 205 years old and show little effects of aging in life.

7. Red sea urchin: The spiny critters also don't seem to age much and are estimated to live about 200 years. 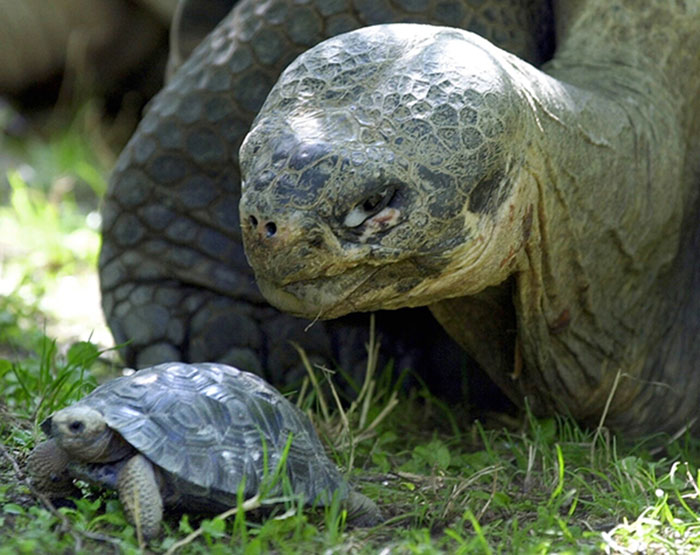 This Wednesday, July 19, 2000 file photo shows a 40-year-old Galapagos tortoise named Jumbo with Dolores, the smallest and youngest one at the Zurich Zoo.

9. Shortraker rockfish: These orange-pink fish have lived up to 157 years.

10. Aldabra tortoise and Lake sturgeon: A tortoise that died at a zoo was 152 years old; unconfirmed reports put some of these tortoises living up to 180 years. One lake sturgeon, a bottom-feeder fish, is reported to have lived to be 152.
Related topics:
sciencewild animals
Copyright © 2020 by The Associated Press. All Rights Reserved.
More Videos
From CNN Newsource affiliates
TOP STORIES 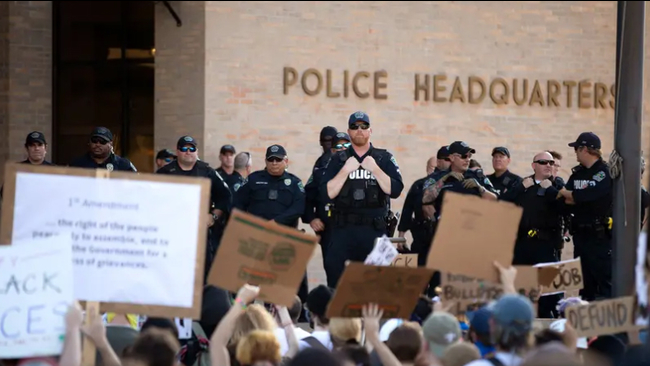 Police budget in Austin cut by $150 million
Doctors, scientists move forward with potential COVID-19 vaccine
Trump admits he's blocking USPS funding to stop mail-in votes
SPONSORED: How Catholic schools are changing this school year
Vanessa Guillen memorial: What to know if you plan to attend
Show More
Texas lawmakers prepare to introduce the George Floyd Act
COVID-19 vaccine may not be as effective for obese people
Family calls for help after beloved Husky goes missing
New grads can't even get foot in the door for work
These stores may not be back after the pandemic
More TOP STORIES News