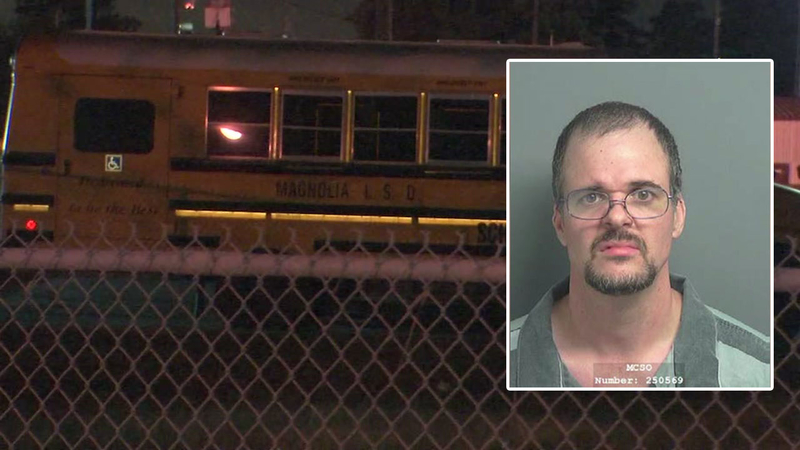 MAGNOLIA, Texas (KTRK) -- A Magnolia man's mother had a medical episode after she learned her adult son is accused of sexually touching a young child.

On Friday, Montgomery County Sheriff's deputies arrested Matthew Curry, who is charged with indecency with a child. The charge stems from an incident that happened the day before.

On Thursday, deputies said Curry was dog watching when a six-year-old neighbor came over to feed the animals.

Deputies said the girl was sexually touched and later told her parents.

According to deputies, Curry later admitted to the crime.

Curry's father didn't want to speak on camera, but told ABC13 his son confessed to the crime. He also said the news was too much for his mother and caused her to go to the emergency room.

Curry's neighbors are also in shock. They told us Curry is a religious man and that they've never had an issue with him. Deputies are currently looking into his role at the church.

ABC13 also learned that Curry is a Magnolia ISD bus driver. The district wouldn't comment on Curry's employment status following the arrest, but did send a statement:

"Magnolia ISD was notified on Friday, December 28 by Montgomery County Precinct 5 Constable's Office that Matthew Curry, a bus driver, was arrested at his home. Our top priority is the safety and well-being of all students and any deviation from this expectation will not be tolerated."

Curry was brought to the county jail and is being held on $30,000 bond.