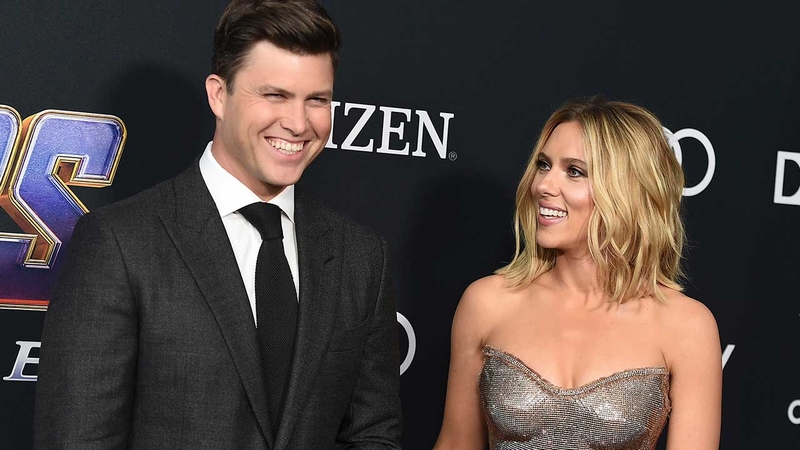 Congratulations are in order for a private but well-known Hollywood couple: Scarlett Johansson and Colin Jost are engaged!

The 4-time Golden Globe nominee is best known for her role of Natasha Romanov/Black Widow in the Marvel Cinematic Universe films. Black Widow is the only female hero among the six core Avengers. Jost recently appeared on the red carpet with his then-girlfriend for the release of "Avengers: Endgame."

PHOTOS: Scarlett Johansson, Colin Jost and more on the red carpet at the 'Avengers: Endgame' premiere


Jost is best known as the co-anchor on the "Weekend Update" segment on "Saturday Night Live." His fiancee is a member of the elite "Five-Timers Club," people who have hosted the sketch-comedy series at least five times.

The couple has been together for two years. Pariseau said they haven't yet set a wedding date.

Watch the cast of ''Avengers: Endgame'' discuss the new Marvel epic and get a first look a scene from the film courtesy of ''Good Morning America.''