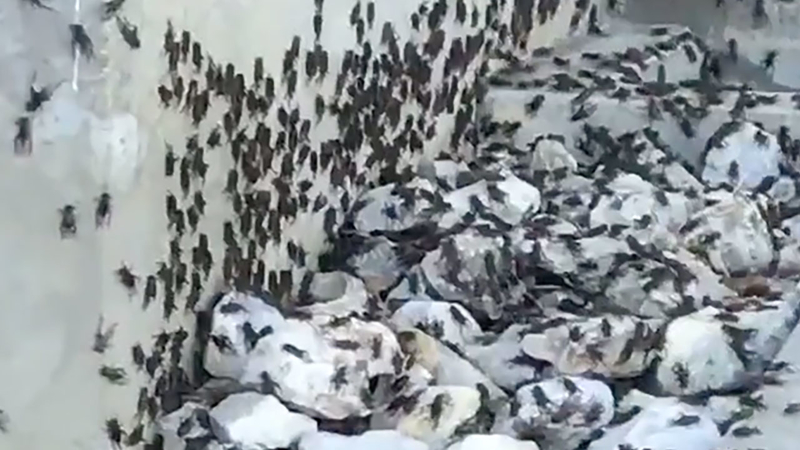 SAN ANTONIO, Texas -- The camera zoomed in on them. The creepy crawlers covered the ground of the parking lot like a plague of old. They clung to the bottom of the parking lot support pillars. At a glance, there was no clear way through without getting close to any of them.