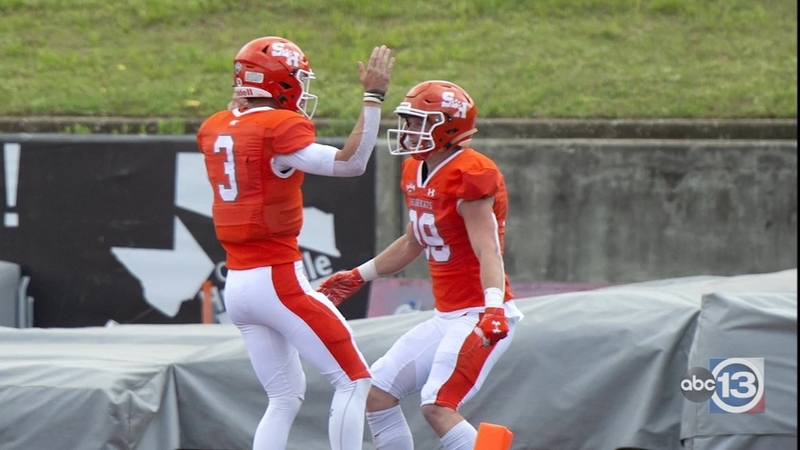 HUNTSVILLE, Texas (KTRK) -- The Bearkats took home the victory in the first round of the Football Championship Subdivision playoffs in an unforgettable game against No. 10 Monmouth on Saturday night.

ICYM the news last night, here's a recap.@NCAA_FCS Playoff Quarterfinal vs @NDSUfootball Sunday, May 2 at 2 PM on @espn.

Ticket prices starting as low as $15. Act fast and purchase tickets in advance at https://t.co/kRBZqLVBuE.

The Kats defense executed several last-minute plays to push them after a fourth quarter scare. The final score was 21-15.

The Kats were able to pressure the Hawks freshman quarterback Tony Muskett throughout the game, which resulted in 15 tackles for loss, six sacks, and two interceptions.

Monmouth drove down to the 9-yard-line and faced a fourth down with 56 seconds left with a chance from recovering 21-15 and win the game.

The Bearkats had the play covered when QB Muskett threw it right into the arms of Isaiah Downes on fourth and goal with 48 seconds left to seal the win.