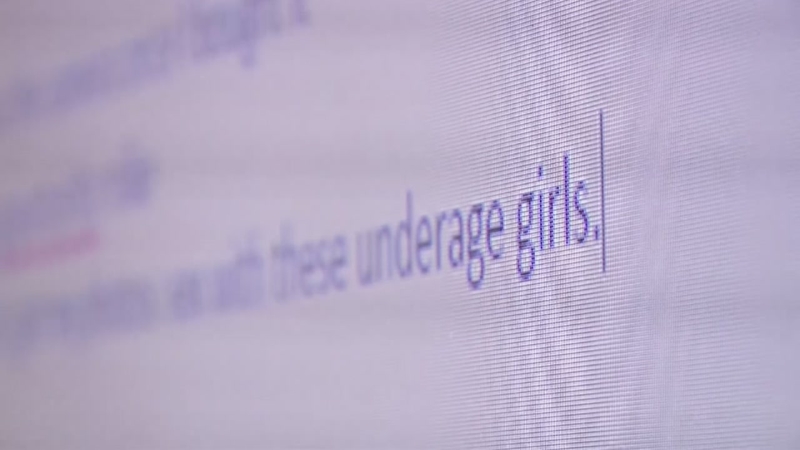 SACRAMENTO, California -- Federal prosecutors are seeking a life prison term Tuesday for a Northern California man convicted of buying Filipino children for sex and pornography, saying that few child exploitation cases nationwide are "as lurid, willful, and disturbing" as this one.

Michael Carey Clemans, 57, of Sacramento, faces at least 30 years in prison when he is sentenced by U.S. District Judge John Mendez. His attorney, Daniel Olmos, argued the judge should take into account Clemans' cooperation with authorities in helping catch his co-conspirators.

He lived in Bangkok, Thailand, for two years working as a pilot for a small Thai airline, when he began conspiring with a woman in the Philippines in June 2014 to produce child pornography and obtain girls as young as age 7 he could rape.

Prosecutors say he "meticulously planned" his crimes, going to unusual lengths both to set up and conceal his activities using the internet and international banking networks while working with more than 50 child pornography providers and obtaining more than 27,000 child pornography images.

He sent the Filipino woman, Lyan Tandeg, nearly $6,000 for equipment she used to photograph naked children so he could decide which ones he would travel to the Philippines to rape. He sent her online instructions to find very young virgins, directing her to search for orphans, victims of typhoons and other vulnerable victims. He paid a co-conspirator, Shellina Atad, to obtain temporary custody of Filipino children and produce child pornography.

He instructed Tandeg to rent apartments while avoiding hotels that might have video surveillance, and to avoid incriminating comments to others. He promised to join her in the Philippines if he was convicted. He never had the chance because he remained in custody after a jury found Clemans guilty in September of buying children, conspiracy and traveling with intent to engage in illicit sexual conduct. He previously pleaded guilty to conspiracy, producing and receiving child pornography.

Clemans continued traveling to the Philippines after he returned in April 2015 to the Sacramento home where he was living with his mother. Prosecutors say he raped at least three girls, one as young as 13.

Prosecutors say he separately traveled to Manila in 2013 to have sex with minors including an 11-year-old girl after receiving pornography of children he expected to rape. They called his crimes "extreme and aggravated," noting that he continued even after he was arrested on state pornography charges in 2015.

Investigators found three of the children who posed for pornographic photos at Clemans' direction, including one called "Angel." At the time they were 7, 9, and 10 years old. Prosecutors brought the three from the Philippines to Sacramento to testify at Clemans' trial.

Tandeg and Atad were arrested in 2015 and later convicted and sentenced to 15-year prison terms in the Philippines for child exploitation crimes, according to court documents. Clemans argued that he should receive some sentencing consideration for having a clean criminal record, accepting responsibility for his conduct, and for letting investigators use his online accounts to set up his co-conspirators for prosecution.