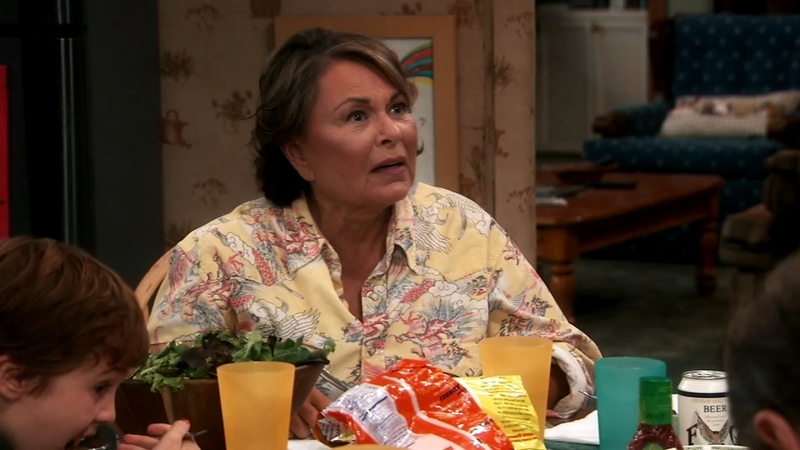 President Donald Trump has tweeted his thoughts after the Roseanne reboot was cancelled by ABC. The president tweeted that Disney CEO Bob Iger should apologize to Trump for past comments about him made on ABC because Iger had apologized to Valerie Jarrett, the subject of Roseanne Barr's racist tweet.

Bob Iger of ABC called Valerie Jarrett to let her know that “ABC does not tolerate comments like those” made by Roseanne Barr. Gee, he never called President Donald J. Trump to apologize for the HORRIBLE statements made and said about me on ABC. Maybe I just didn’t get the call?

Barr took to Twitter overnight to apologize again and say that she sent out her racist tweet after taking a sedative. She also lashed out at co-stars, saying they threw her under the bus.

In a tweet on Wednesday, she maintained that she does not consider herself a racist.

I'm not a racist, I never was & I never will be. One stupid joke in a lifetime of fighting 4 civil rights 4 all minorities, against networks, studios, at the expense of my nervous system/family/wealth will NEVER b taken from me.

The racist tweet that led to the cancellation of her show suggested that former Obama White House adviser Jarrett was a product of the Muslim Brotherhood and the Planet of the Apes: "Muslim brotherhood & planet of the apes had a baby=vj."

After the tweet went viral, Barr deleted it and apologized to Jarrett "and to all Americans." She also said she was leaving Twitter.

Since then, Barr has tweeted many apologies, but she has also started to fight back. In one tweet she calls her own words indefensible and blames Ambien for the initial tweet.

"guys I did something unforgiveable so do not defend me. It was 2 in the morning and I was ambien tweeting-it was memorial day too-i went 2 far & do not want it defended," she wrote.

Barr later wrote that "i blamed myself. not ambien."

no, i didnt i blamed myself. stop lying. Yes, I have had odd ambien experiences on tweeting late at night-like many other ppl do. I BLAME MYSELF OK? it's just an explanation not an excuse, Ok, bully?

Sanofi, the makers of Ambien, responded to say that "racism is not a known side effect."

People of all races, religions and nationalities work at Sanofi every day to improve the lives of people around the world. While all pharmaceutical treatments have side effects, racism is not a known side effect of any Sanofi medication.

The initial tweet outraged fans and as well as her own castmates. After co-stars Sara Gilbert and Michael Fishman tweeted their own condemnation of the tweets, Roseanne fired back.

i created the platform for that inclusivity and you know https://t.co/hViHPX2ZUb. You throw me under the bus. nice!

Wednesday morning Barr seemed to defend Gilbert, saying she was "distancing herself" from Barr because "she has to," adding that she forgives Gilbert.

She's distancing herself from me and my tweet-she has to.

Overnight Barr retweeted messages of support from fans but also asked them not to defend her comment.

hey guys, don't defend me, it's sweet of you 2 try, but...losing my show is 0 compared 2 being labelled a racist over one tweet-that I regret even more.

She also compared the response to President Donald Trump's experiences.

i feel bad for @POTUS-he goes thru this every single day.

Meanwhile the subject of the tweet, Valerie Jarrett, responded to the controversy on MSNBC.

"Bob Iger, who is the CEO of Disney, called me before the announcement, he apologized, he said he had zero tolerance for that sort of racist, bigoted comment and he wanted me to know before he made it public that he was cancelling this show and so I appreciate that they did that so swiftly," Jarrett said.

"Don't feel sorry for me, guys!! I just want to apologize to the hundreds of people, and wonderful writers (all liberal) and talented actors who lost their jobs on my show due to my stupid tweet."

@ValerieJarrett i don't know if u saw it, but I wanted2 apologize to u 4 hurting and upsetting u with an insensitive & tasteless tweet. I am truly sorry-my whole life has been about fighting racism. I made a terrible mistake wh caused hundreds of ppl 2 lose their jobs. so sorry!

Streaming service Hulu and other cable networks have removed Roseanne reruns, and Barr was also dropped by her talent agency.

I'm sorry 4 my tweet, AND I will also defend myself as well as talk to my followers. so, go away if u don't like it. I will handle my sadness the way I want to. I'm tired of being attacked & belittled more than other comedians who have said worse.