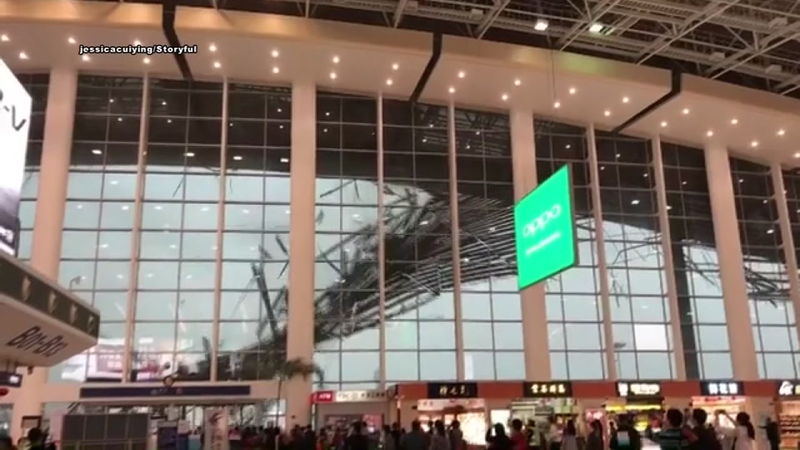 CHINA -- Terrifying moments at an airport in China were caught on camera Sunday morning.

Video captured the moment when large pieces of metal came crashing down, hitting vehicles parked outside the entrance of the airport's terminal 2.

Despite all of the damage, one was injured.

The terminal's main structure was reportedly unaffected, and flights continued as scheduled.