Both starters were involved in separate incidents during Houston's loss against Denver on Jan. 1.
ESPN 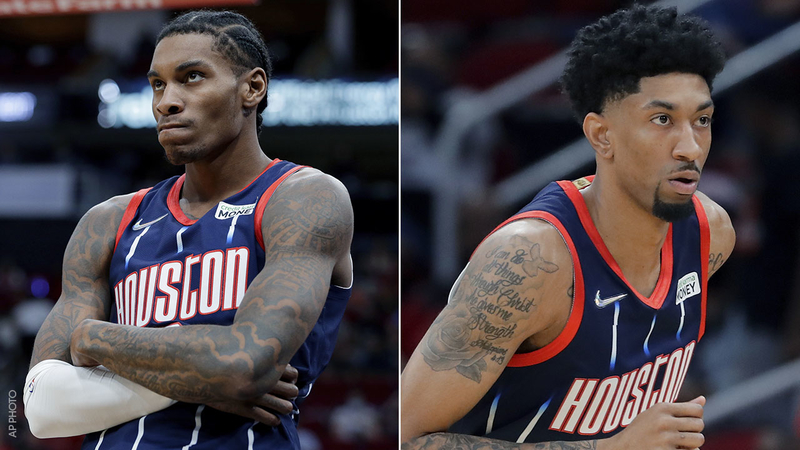 Porter Jr., and Wood traveled with the Rockets to Philadelphia on Sunday, but coach Stephen Silas made the decision to sit out both players after separate episodes involving the two players, sources said.

Neither Porter or Wood played in the second half of the Rockets' loss to the Nuggets, which included Porter leaving the arena after a halftime locker room confrontation with assistant coach John Lucas, sources said.

Porter has well-documented anger-management issues -- which the team believes he's made progress on -- but those surfaced again Saturday and ultimately drove him to leave the arena instead of rejoining the team for the second half, sources said.

As for Wood, he was benched to start Saturday's game and pouted over Silas' punishment for him failing to show up for the team's daily COVID testing, which caused the team's shootaround to be delayed, sources said.

Later, Wood showed little inclination to check into Saturday's game when Silas called upon him, sources said, and Silas quickly moved onto other players.

Porter became angry after Lucas challenged him at the half, revisiting an issue that led to the guard losing his composure on the bench during the first half, sources said.

Lucas also confronted Wood at halftime during what Silas described as a "spirited debate" without offering any specifics. At least one other of the team's young players challenged Wood, telling him that -- as a veteran -- Wood should be setting a standard on the team, sources said.

Wood, the Rockets' leading scorer and rebounder, played eight scoreless minutes in the first half. Houston was outscored by 17 points when he was on the court.

"Coach's decision," Silas said when asked about Wood not playing in the second half.

The Cleveland Cavaliers traded Porter to the Rockets last January for a top-55-protected second-round pick after deciding to move on from their former first-round selection due to off-court issues, which led to Porter being inactive for the beginning of the 2020-21 season.

The Cavaliers decided to either trade or release Porter, the No. 30 overall pick in the 2019 draft, after he exploded on team officials over them moving his locker to an auxiliary area. The Cavaliers had given his locker to Taurean Prince, who had arrived with Jarrett Allen as part of the four-team James Harden trade. Porter Jr. showed up to the arena for the first game of the season and discovered his locker had been moved.