Tips for avoiding road debris accidents while driving in Houston 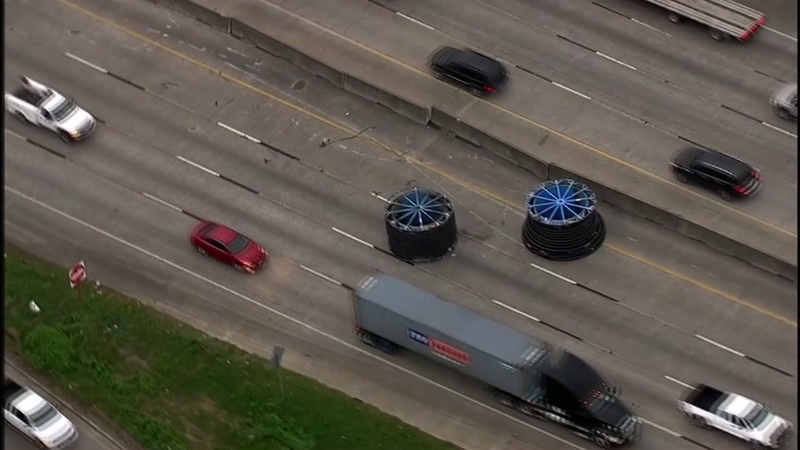 On Tuesday, a giant spool broke free from an 18-wheeler and caused major delays on the East Freeway.

According to a study from AAA Foundation for Traffic Safety, more than 200,000 crashes in the U.S. between 2011 and 2014 involved some kind of road debris.

"It is the driver's responsibility to pay attention to what's going on around their vehicle and in front of them," said Joshua Zuber, a spokesperson for AAA Texas.

About 40,000 injuries resulted from the crashes, and there were about 500 deaths.

Zuber also said that drivers hauling heavy loads are equally responsible for ensuring the safety of other drivers on the road.

The study noted that the number one mistake drivers make when trying to avoid roadway debris is over correcting.

The data states that 37 percent of deaths in road debris crashes resulted from a driver trying to avoid hitting an object.

Zuber suggests glancing ahead while driving to ensure traffic is moving, and no objects are in your path.

He also suggested staying about four seconds behind the vehicle in front of you, and staying off electronics.