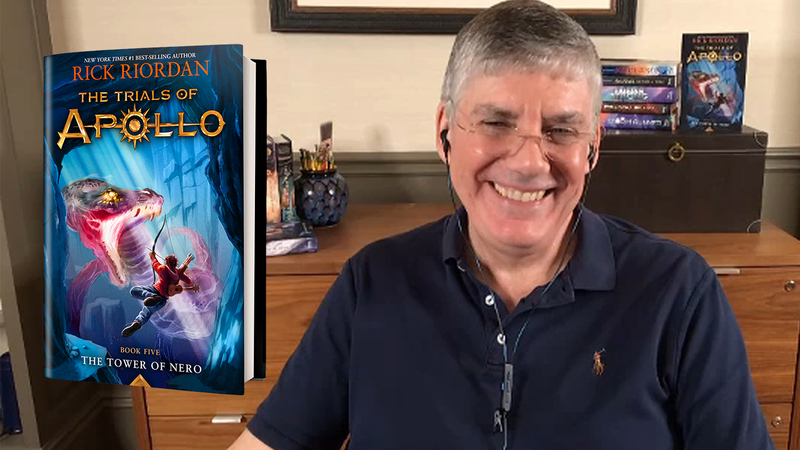 Author Rick Riordan talks about 'The Tower of Nero' release

NEW YORK -- It's a big day for fans of "The Trials of Apollo" as the fifth and final book, "The Tower of Nero" has been released!

The action-packed finale follows Greek God Apollo in his human form on earth, Lester Papadopoulos, as he tries to regain his place on Mount Olympus.

He has had to survive a lot over the course of the last four books and now with the help of his demigod master Meg, he's got to follow a prophecy.

His final challenge is at the Tower of Nero in New York City. He encounters fan-favorite Percy Jackson.

Without giving too much away, author Rick Riordan says he hopes readers love the ending and feel he did the characters justice.

"I hope that they feel that I've given them a good sendoff for the characters," Riordan said. "This is really not just the ending of 'The Trials of Apollo,' it's the ending of Percy Jackson's whole story arc that began way back in 'The Lightning Thief.' We've been with these demigod characters for something like 15 years now."

But readers, don't worry. This isn't the last you'll see of at least some of your favorites. Percy Jackson is being made into a Disney+ series!

"It will be live-action television and we are writing the script for the pilot episode right now so we have a long way to go but I am very optimistic and we have a great team together so fingers crossed we're going to have a super run for this show," Riordan said.

Riordan is keeping busy by working on new writing projects, none that are a giant series rather standalone books, and sharing his love of the "Trials of Apollo" in a virtual book tour with his fans.

"It's a shame that we can't get out and see the kids in person and feel the energy in theaters, we have thousands of kids real excited and all together, but I think we've done the best we can to recreate that experience. We are having huge events and they are virtually sold out, each one of them, and we'll have thousands of kids watching the show," Riordan said. "And we will have some great guest stars and they tell me that I'm going to have to do a lot of different trials of my own, so that's a bit scary, but it should be fun."