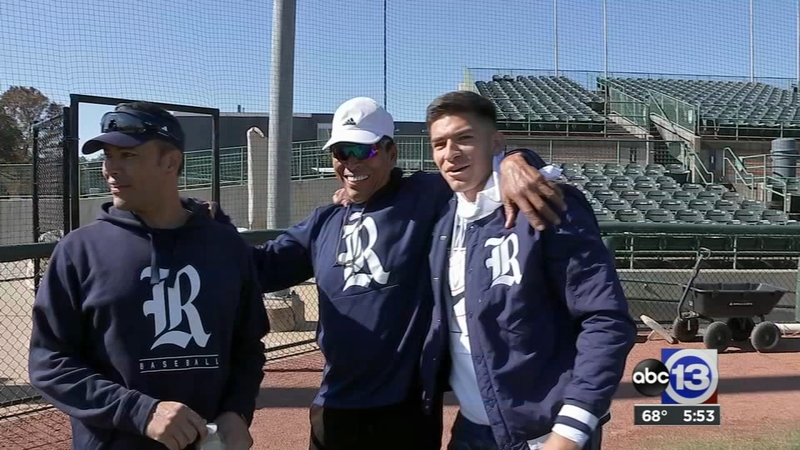 The former major league baseball player is no stranger to the Owls program. He's been a Rice Owls player, a member of the baseball booster club, and an Owls parent. He comes from one of the most prominent baseball families in Houston - the Cruz family.

Some teams preach family, at Rice baseball-they live it. No family is more synonymous with Owls baseball, than the Cruz family.

"Our family is very happy to be out here all together," said Jose Cruz Jr.

Cruz Jr. is taking over as head coach with his dad, Jose Cruz, by his side. Astros fans may know him as the MLB outfielder during his 19-year career.

"I have to support my son. I've been supporting Rice for a long-time. I'm happy to come back and be a special assistant to the head coach. I'm happy with that, but it's only voluntary," Cruz Sr. said. "I appreciate his eyes and what he is seeing. All he cared about was having a parking pass to park at the right lot."

Cruz Jr. played and graduated from Rice University. His brother, Enrique Cruz, is a 2003 College World Series Champ with the Owls. Junior's son, Trei Cruz, was an Owls shortstop drafted by the Tigers in 2020.

Antonio Cruz, Cruz Jr.'s other son, is currently outfielder on the Rice roster. There isn't anybody better to lead the program than someone who has lived Rice baseball every day and in every way.

"I was a parent and paid tuition. I was part of the booster club. My wife was one of the team moms here as well. For most of the guys, it's an opportunity to be better, expand, broaden your horizons. So explaining that as a player, former player and parent, it's very valuable." Cruz Jr. said.

On the field, Cruz Jr. said the Owls are hungry to learn. So he'll lean on his lifetime experience in baseball and use every resource available to give the owls an advantage.

"We're going to play more of a modern style of baseball. We are doing things in a very much cutting edge way," Cruz Jr., said.

The Rice Pitching lab is an example of a modern-day approach to the game.

"There is a little more data available to you. I think it's a career changer for many of the guys. They get to see what they are doing right and wrong," Cruz Jr., said.