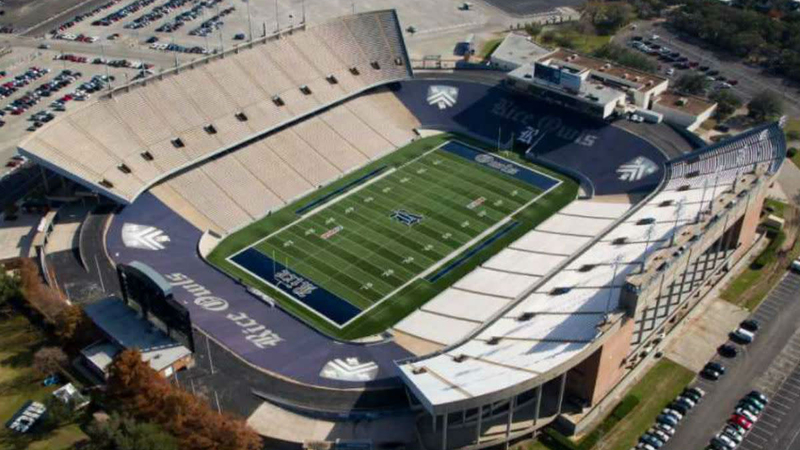 Rice University rightfully deserves its scholastic accolades, including the most recent ranking as the top university in Texas. But Rice Stadium?

Based in part on online reviews, Rice Stadium ranks as the eighth worst stadium in college football, according to a new list from personal finance website MoneyWise. The website weighed other factors, such as gameday attendance, to rate college football stadiums in the NCAA Division I Football Bowl Subdivision (FBS).

MoneyWise flags the 47,000-seat Rice Stadium for the vast number of empty seats at many Rice home football games and for needing serious upgrades. "The stadium dates back to 1950, and its upper bowl, in particular, has been poorly maintained. Fans say upgrades are long overdue," MoneyWise says of the home of the Rice Owls.