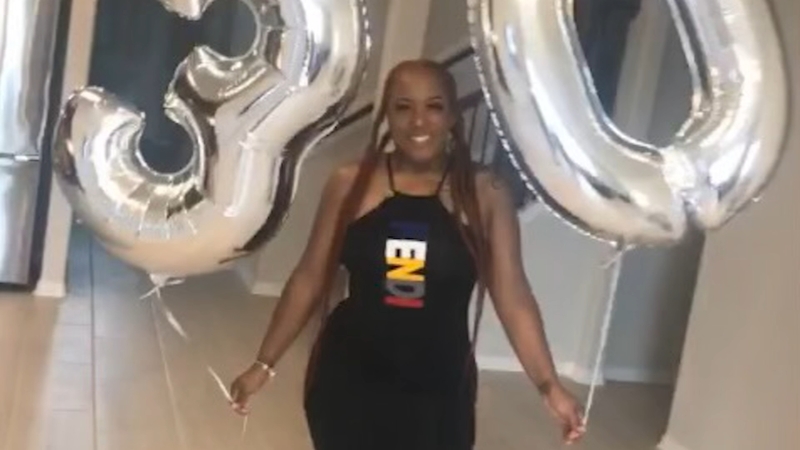 HOUSTON, Texas (KTRK) -- The family of a woman who was killed in a tragic train crash is speaking out.

Rhonda Clay died Wednesday after police say the driver of the vehicle she was in crashed into an Amtrak train.

"I just want to tell my sister that I love her. She means the world to me," said Rhonda's brother James. "That's my best friend. We grew up together."

The family told ABC13 that Rhonda's death will be a hard pill to swallow.

"Until you get put in this role, you're numb," said Rhonda's mother Casandra.

Harris County sheriff's deputies said driver Brittinie Green was traveling northbound on Sheldon Road in a BMW X3 around 5 p.m. when she went into the southbound lanes of the road in order to go around two vehicles stopped for railroad crossing arms.

According to deputies, the arms were in the down position when Green drove around them, crossing the railroad tracks.

Green and her passenger, Rhonda, were struck by an Amtrak train traveling westbound.

ABC13's Mayra Moreno spoke to the woman's parents about the tragedy and how they have no hard feelings for Brittinie Green, who was charged with manslaughter.

"I know God did not make a mistake," Casandra said. "My faith will take me through this. He (God) does things for a reason."

The family said Rhonda was leaving the hospital after just giving birth to a premature baby. During the delivery, Rhonda had to get a caesarean section, which apparently gave her some stomach pains.

Police said Rhonda was thrown from the BMW and was declared dead at the scene.

"I'm not upset with Brittinie. I know she would not do anything to hurt Rhonda," said Rhonda's father James Sr. "My prayers are with her, so she can make it and everything will be ok."

Rhonda was a big part of everyone's life, especially her younger siblings.

"My sister was at every track meet I had when I was in school. She was my biggest supporter," said Rhonda's brother Caleb.

The family says their faith will now carry them through, and as a family, they will raise Rhonda's newborn baby girl.

Green has since been charged with manslaughter.