Confirmed: ExxonMobil CEO is Trump's pick for Sec. of State 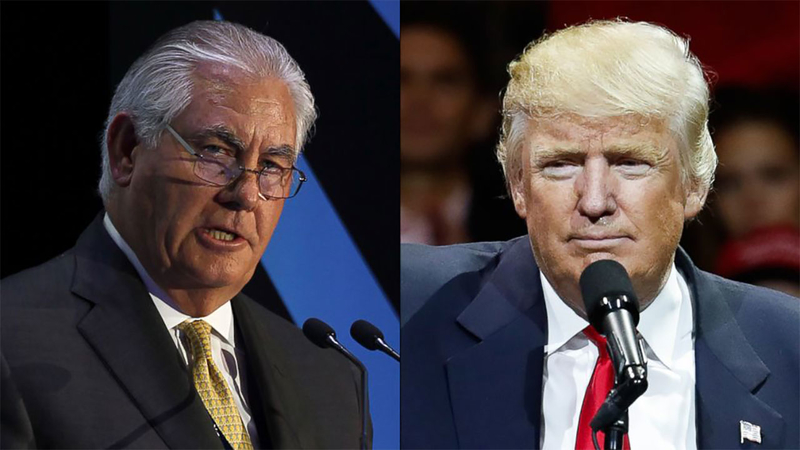 AP: ExxonMobil CEO is Trump's pick for Sec. of State

The decision caps a lengthy process that often played out In public and exposed rifts within Trump's transition team. But Tillerson's close ties to Russia could still complicate his Senate confirmation hearings.

The thing I like best about Rex Tillerson is that he has vast experience at dealing successfully with all types of foreign governments.

Trump was set to formally announce Tillerson's nomination Tuesday morning. The people close to Trump's transition insisted on anonymity because they were not authorized to disclose the pick ahead of that announcement.

Tillerson, who has worked at Exxon for more than 40 years, has been the CEO since 2006. He has no formal diplomatic experience. The company issued a statement on Nov. 4 supporting the Paris climate agreement.

In 2013, he was awarded the Order of Friendship by Russian President Vladimir Putin - an indication of Tillerson's closeness to the Kremlin. Tillerson was at one time responsible for Exxon's holdings in Russia and the Caspian Sea as well as operations off Sakhalin Island in the nation's far east, according to his bio on the ExxonMobil website.
Trump has been criticized for his perceived closeness to Russia, and questions about his posture toward the country repeatedly arose during the 2016 presidential campaign.