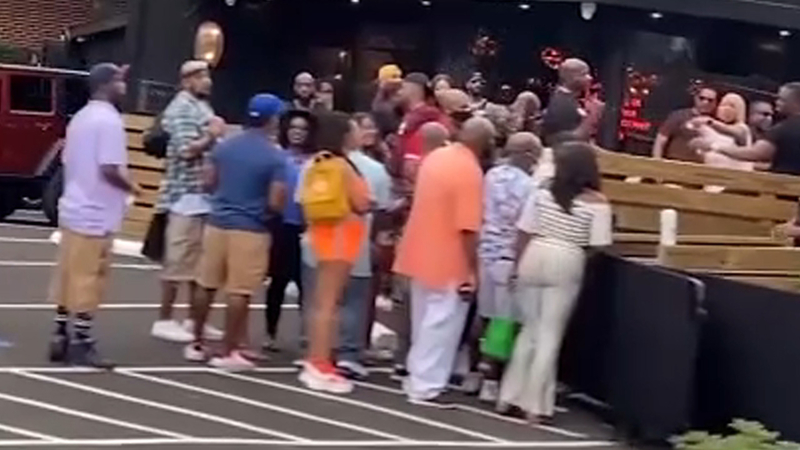 HOUSTON, Texas (KTRK) -- As Texas reopens, complaints have been coming in. People are reporting occupancy violations at bars, clubs and restaurants in the city of Houston.

In fact, Houston's mayor says on Sunday night, there were 180 complaints. As part of the governor's second phase in reopening, bars and clubs could open at 25 percent capacity and restaurants at 50 percent, but the mayor says not everyone was following the order.

"People are coming together in close proximity, in large crowds, and that's a formula for community-spread [COVID-19] and for it to spread exponentially," said Mayor Sylvester Turner.

The mayor says overnight from Sunday to Monday there were a flood of occupancy-related complaints. The fire marshals went to some of those locations, where the mayor says people voluntarily complied.

"The good news is that when the fire marshals went out and reminded people about the occupancy requirements, the limits, that the people did voluntarily comply," said Turner.

Turner says the idea is to educate people so there's not an uptick in COVID-19 cases.

"Nobody is going to jail. We're simply enforcing the occupancy requirements because we want to balance business opening but we also want to manage our health care," said Turner.

The firefighters union expressed concern in a letter to the mayor saying the order came without guidance or directive on how firefighters should address an upset business owner.

"This is a public health crisis. When the numbers were increasing, the people who were on the frontlines are the people who stand first to be infected. Those are your firefighters and your police officers. It's in everyone's best interest for us to manage and control the spread of this virus," said Turner.

The mayor says the idea is to act now to ensure we can reopen further down the road.

"There's some modeling that's been done that's said if we continue to come together as we open, we could go from, let's say, from 200 cases a day, to 2,000 in June. That's what we're concerned about," said Turner.

One Houston doctor said she was disappointed after seeing videos and pictures of clubs and bars packed with people ignoring social distancing guidelines.