April 1, rent's due: Many struggle to pay in coronavirus outbreak 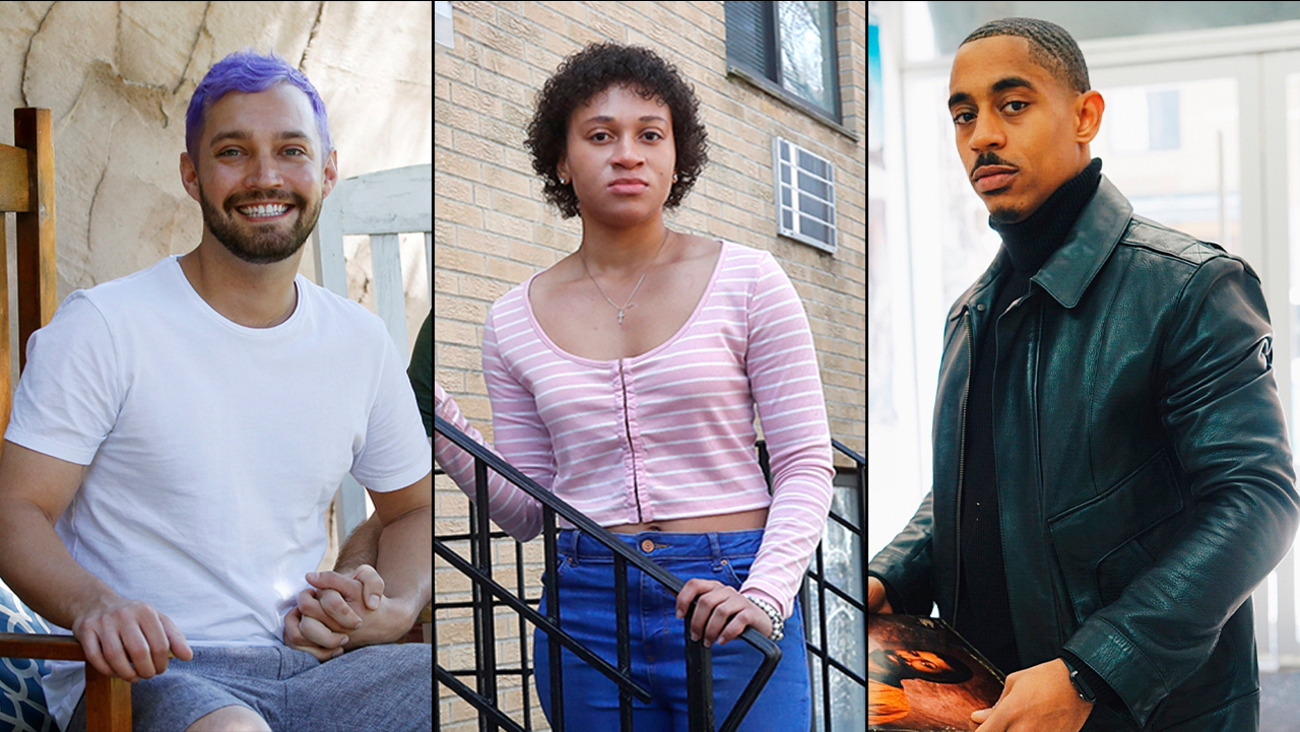 It's the first of the month, and everybody knows the rent's due.

It's the first of the month, and everybody knows the rent's due. For millions of Americans, Wednesday is the first time the landlord is knocking on the door since the coronavirus outbreak turned the economy upside down.

Many of those renters are without jobs - nearly 3.3 million people in the U.S. filed for unemployment the week of March 16, about five times the previous high in 1982. Most state and local governments are putting evictions on pause as states prepare to pay unemployment and the federal government prepares to send stimulus checks. So for most, April's knock won't come with a notice to get out.

But a roof over the head is one of the most basic needs in life. Without money for rent, how can the other bills get paid? And while many will get a reprieve in April, eventually the rent comes due, whether or not the restaurant, plant or construction site reopens when the COVID-19 threat lessens.

Here are some of the stories of Americans trying to make the rent, this month and beyond.

RELATED: Stimulus checks calculator shows how much should you expect to get under the coronavirus stimulus bill passed 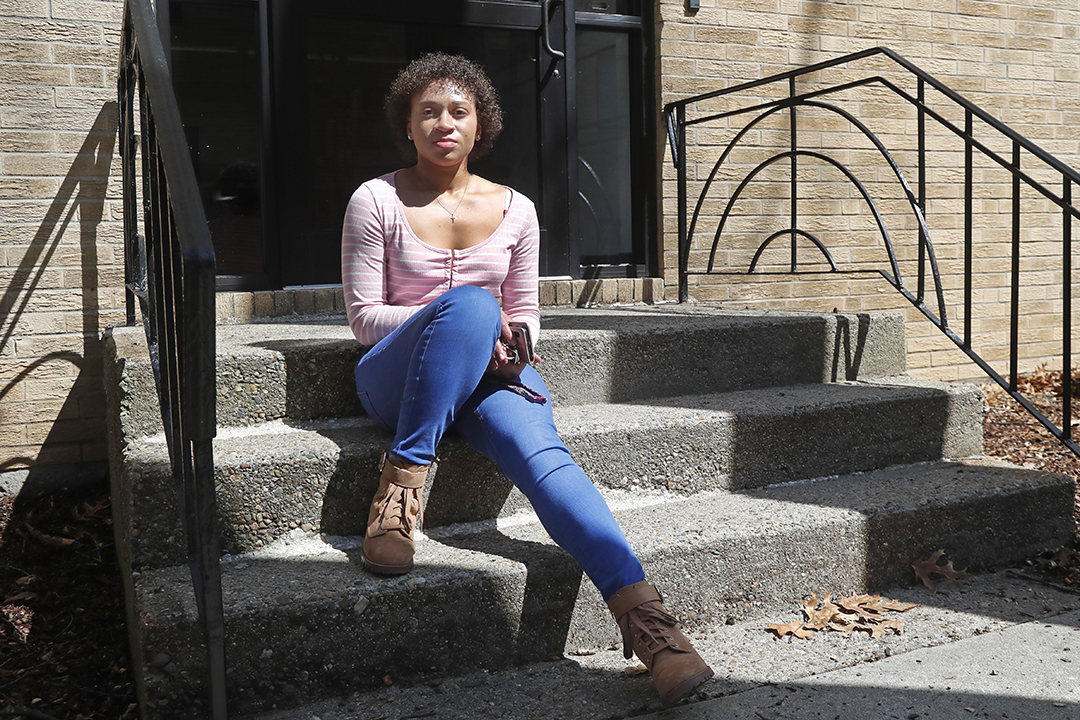 At 21 years old, Jade Brooks pulls in her family's only full-time salary, working at a hospital switchboard.

Brooks' mother just lost her job at a health insurance company - a casualty of the plummeting economy. She's found part-time work at the hospital, but between them, they make only $400 weekly after taxes and insurance, Brooks said. Their rent is $1,810.

During sleepless nights, Brooks worries most about her 8-year-old cousin, who lives with them. 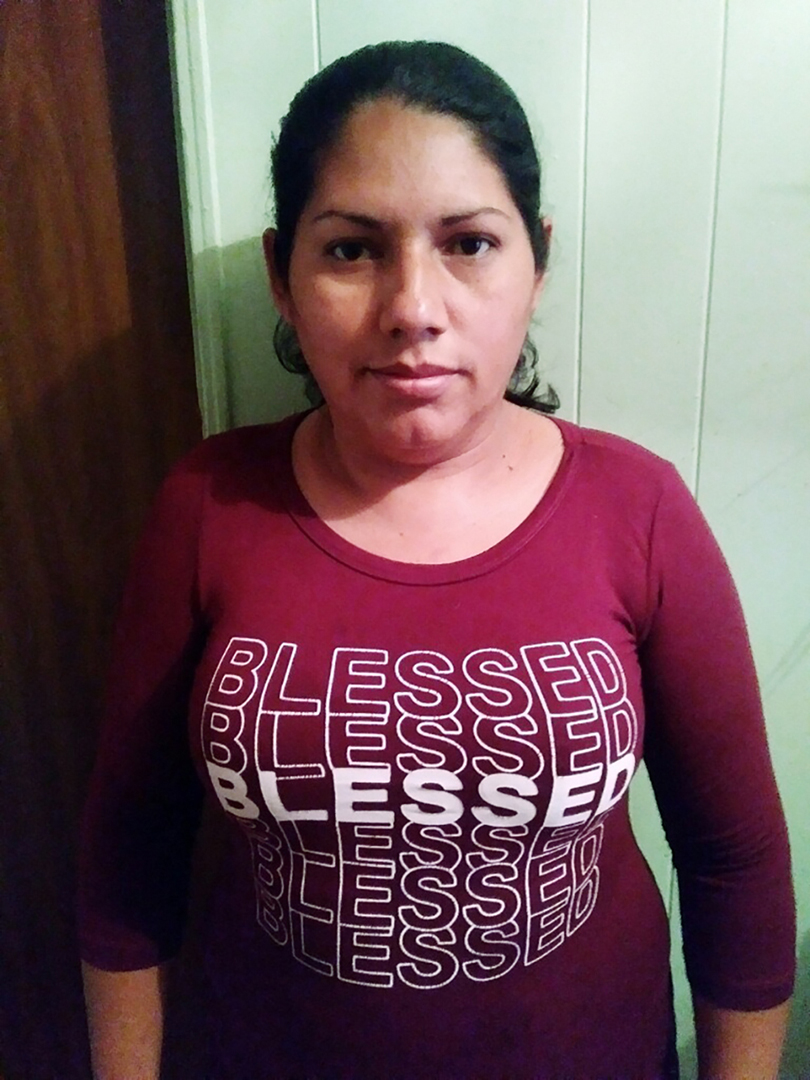 This photo provided by Itza Sanchez shows herself at her home in Richmond, Va., Tuesday, March 31, 2020.

Sanchez knows she can't make her $400 rent for April. She's praying to Virgin of Guadalupe that she doesn't get kicked out of her Richmond, Virginia, mobile-home park.

Sanchez made her money searching for and recycling scrap metal and selling tamales in a heavily Hispanic neighborhood. Fear of getting sick has stopped both income streams.

A single mother of two who immigrated from Honduras to the U.S. 14 years ago, Sanchez's 7-year-old daughter and 11-year-old son have been eating lunches delivered to the neighborhood by schools and depending on churches for other meals.

She hasn't heard from the landlord about what will happen if the rent isn't paid. So she keeps praying.

"May she help us. May the virgin put her love over us and help us." 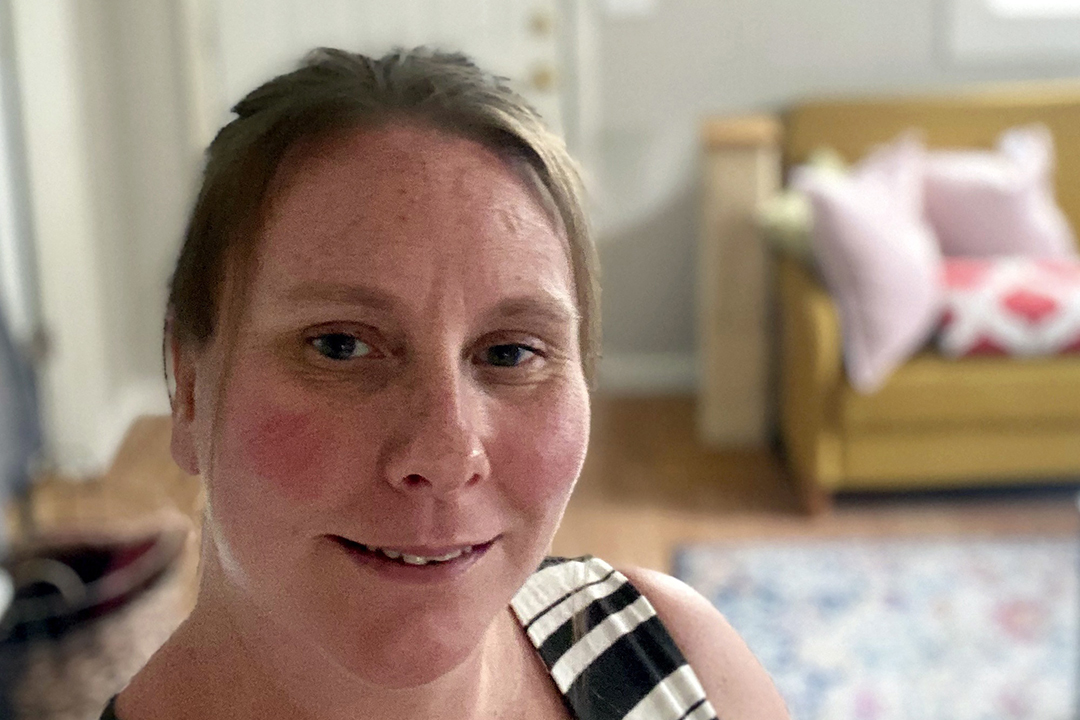 Andrea Larson poses for a selfie during isolation in her East Nashville, Tenn., home.

Andrea Larson made $70,000 a year curating wine lists and suggesting pairings to customers at 5th & Taylor. But the popular Nashville restaurant closed its dining area, and working as a sommelier isn't something Larson can do from home.

The first unemployment check was $275 for a week. Larson said she was humiliated but applied for food stamps.

"I'm screwed financially," Larson said. "If I do pay my rent, it's going to eat into my food money."

Larson, 42, moved from a high-rise downtown apartment to a house in east Nashville four months ago. Rent was cheaper. She planned to pay off debt and start saving. Instead, she called credit-card companies and said she couldn't pay the minimum.

Larson's restaurant offered a few shifts answering phones for takeout, but she figures it's not worth the risk of getting COVID-19.

"I do wine, and nobody wants to hear about wine right now," she said. "They just want to chug it." 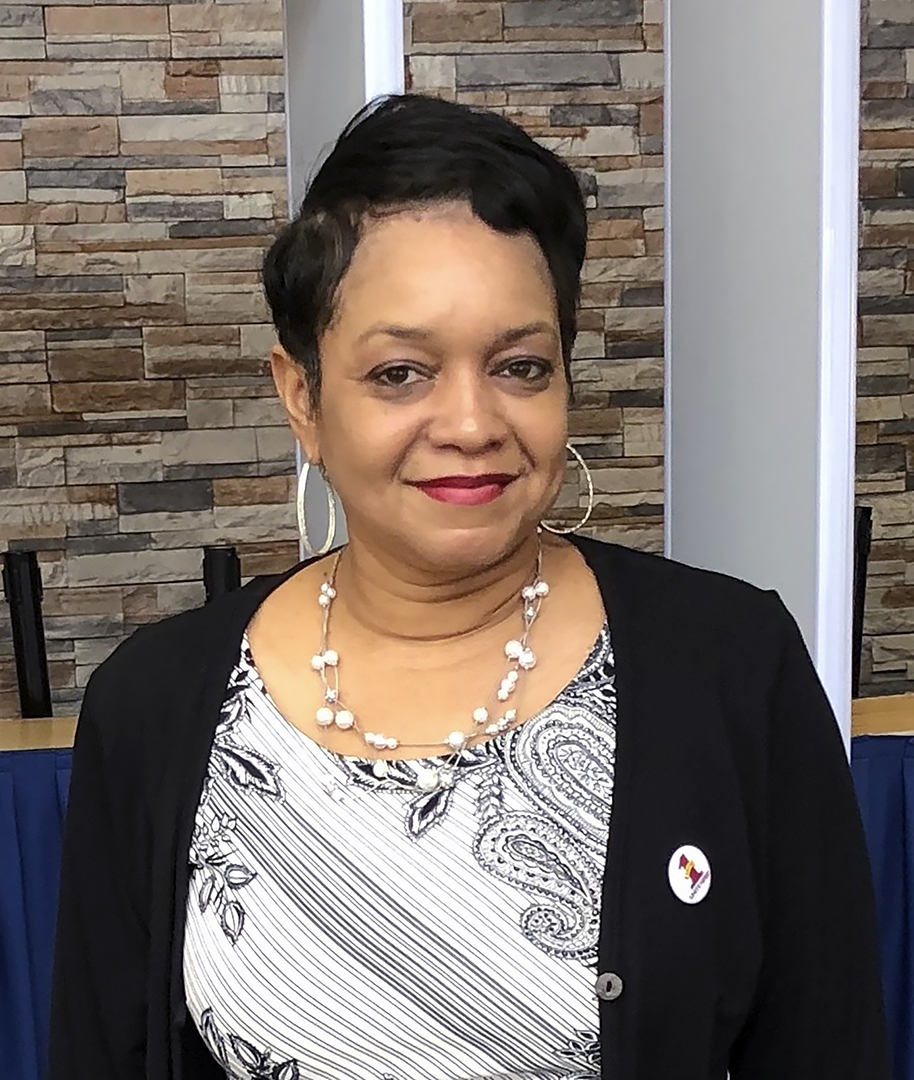 Roushaunda Williams was able to scrimp and use credit-card cash advances to pay the $1,850 rent for April for her two-bedroom Uptown Chicago apartment.

But the rent comes due again in 30 days. Can she afford a smaller apartment in her building if one's available? Should she move in with friends if they'll let her?

Before being laid off, she made drinks and chatted with people from around the world for 20 years as a bartender at the Palmer House Hilton Hotel in the heart of Chicago's downtown Loop. 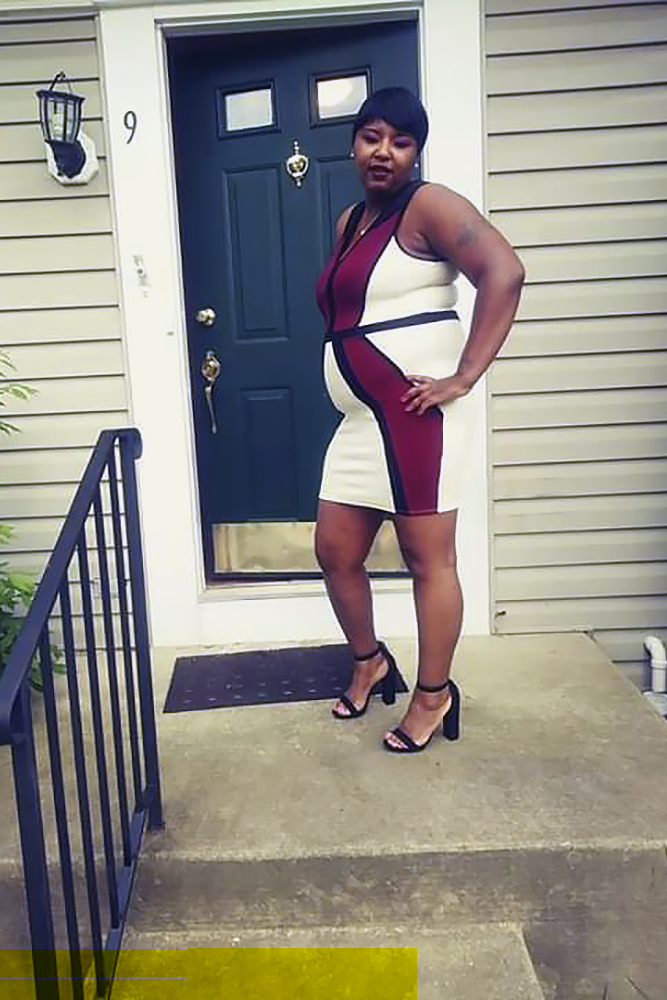 Tnia Morgan, 39, stands outside the Baltimore County, Maryland, home that she rents and shares with her pregnant 18-year-old daughter and an 18-year-old nephew.

Tnia Morgan shares her Baltimore County, Maryland, townhouse with her 18-year-old pregnant daughter and 18-year-old nephew. And they all spend a lot more time together since Morgan was laid off March 6 from her job serving food at a hotel banquet hall.

Morgan's landlord told her to take her time with the rent. But it isn't the only bill piling up. She ticks them off - car payment, car insurance, cellphone, internet, water, gas and electricity. And she always has to buy food, so tough choices are ahead, especially until unemployment benefits kick in.

Morgan, 39, has checked on getting food stamps and looked for work at stores and warehouses with no luck.

She appreciates her landlord's kindness this month. But she knows he needs her rent money to pay his bills.

"If I don't pay the rent, it falls on him," Morgan said. "We can't be evicted right now, but eventually they're going to want their money." 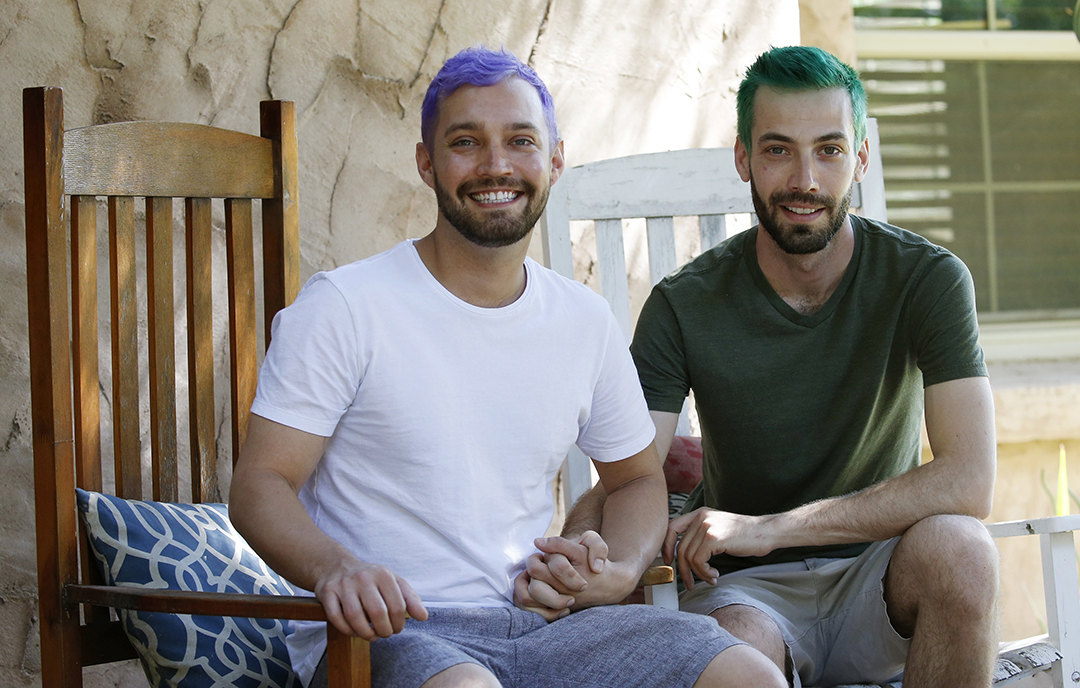 Luke Blaine, left, with partner Kyle Schomer, right, sit on the porch at their home in Phoenix.

Bartender Luke Blaine was laid off when downtown Phoenix restaurant Fez closed, but he's not too worried about rent - yet.

He shares his small adobe-style home and backyard garden of tomatoes, beets, squash, radish, lettuce and eggplants with his boyfriend, Kyle Schomer. Schomer still has his job in technology and works from home.

Blaine, 30, figures unemployment will kick in. His car is paid for, and he owes little beyond a small credit-card balance.

Blaine credits his thrifty nature to his family. And that's whom he worries about most these days. His mother and sister are nurses in Illinois, not far from hard-hit Chicago.

"It definitely is nerve-racking having your family on the front line," Blaine said. 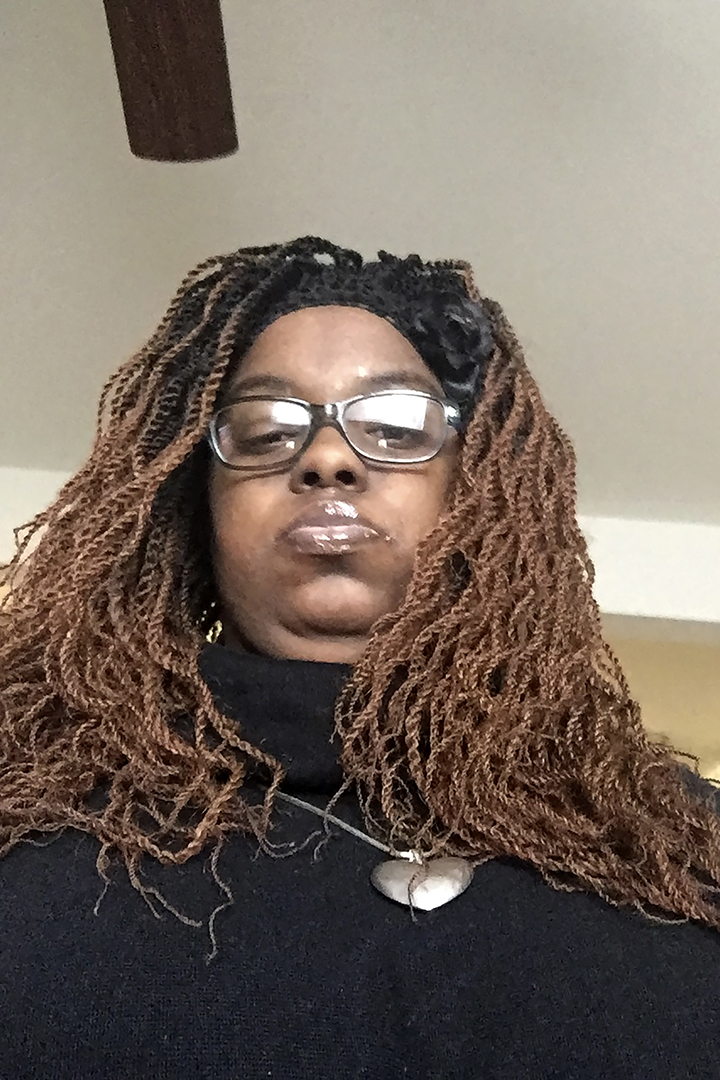 Ruqayyah Bailey's life had balance - so important with her autism - before coronavirus.

She was going to college and was a part-time cafe cashier. She couldn't wait for the Special Olympics in March, to run and compete in long jump and shot put.

But the virus closed the cafe, canceled the meet and ended the community college's personal instruction.

Bailey, 30, of St. Louis County, was dipping into savings for food and other necessities, so she's moved back in with her mother. She hopes it's temporary and she can get back to her apartment, with its $400 monthly rent.

"I had to suspend my internet and my cable," Bailey said of her apartment. "It's tough because I'm so used to being there in my own little space." 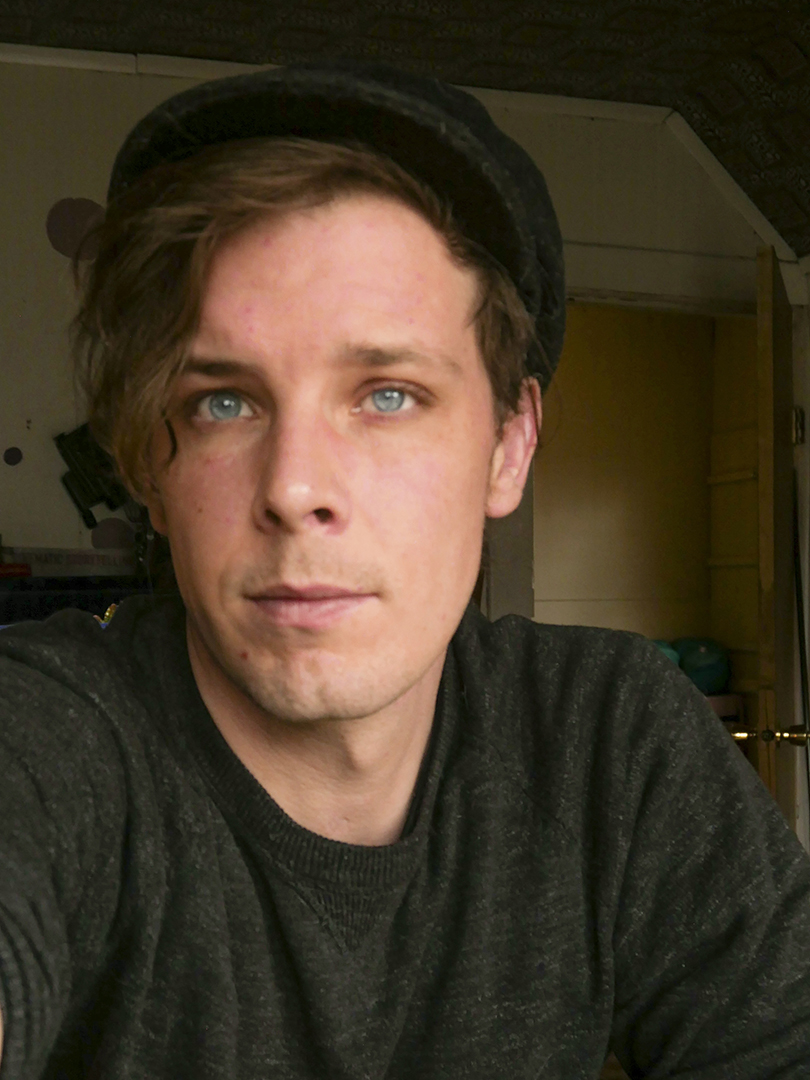 Spokane cook Jason W. Still, 30, in seen in this portrait in Spokane, Wash.

Jason W. Still was let go from his job as a cook, and he's found one small benefit: He hasn't spent as much money since he's inside most days.

Still and his wife - who works in packaging for a marijuana dispenser in Spokane, Washington - should be able to make April's rent as they wait to see what he'll get in unemployment and from the federal government.

Still, 30, worked at a high-end restaurant and just finished the last classes for his bachelor's degree. Now he's applying for graduate school to study environmental economics and public policy.

In unemployment, he has a lot of time on his hands: "I've seen corners of my house that I didn't know existed." 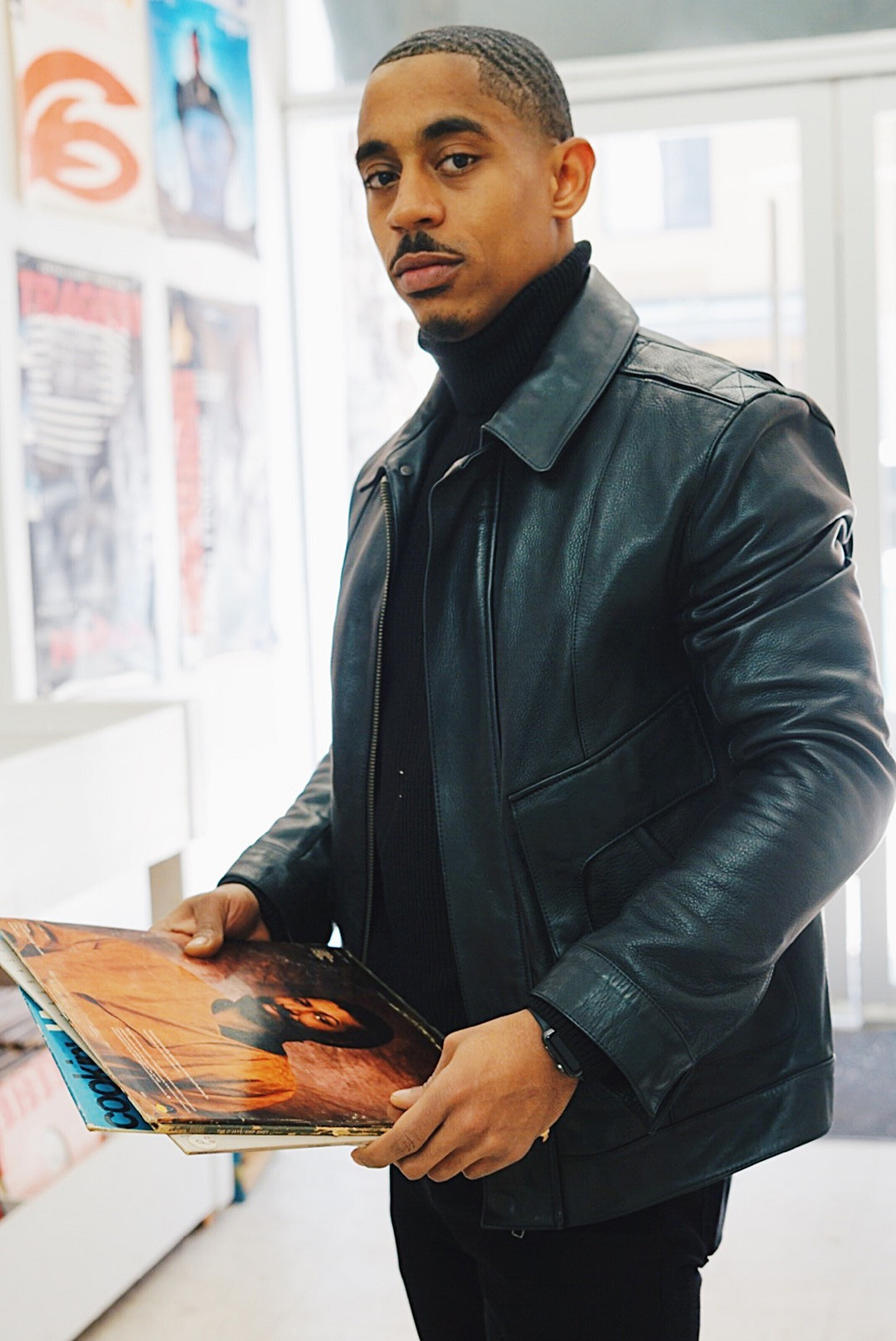 It's a lousy choice, but an easy one for personal trainer and apparel designer Sakai Harrison - food in the refrigerator over April rent for his Brooklyn apartment.

Harrison, 27, moved from Atlanta to see whether he could succeed in the toughest place in the world. And he was on his way, with 20 clients training one-on-one.

"The way I see it, the whole world is on pause," Harrison said. "I'd rather allocate my money towards my actual survival, which would be food."

An acquaintance is letting Harrison use a basement as a makeshift gym. It has dumbbells, a bench and a punching bag left by a previous tenant. Harrison wears disposable gloves and keeps his distance. A few clients keep coming, but not as many as before.

"My clients are like my family, for the most part, especially in New York, because I'm here alone," he said. 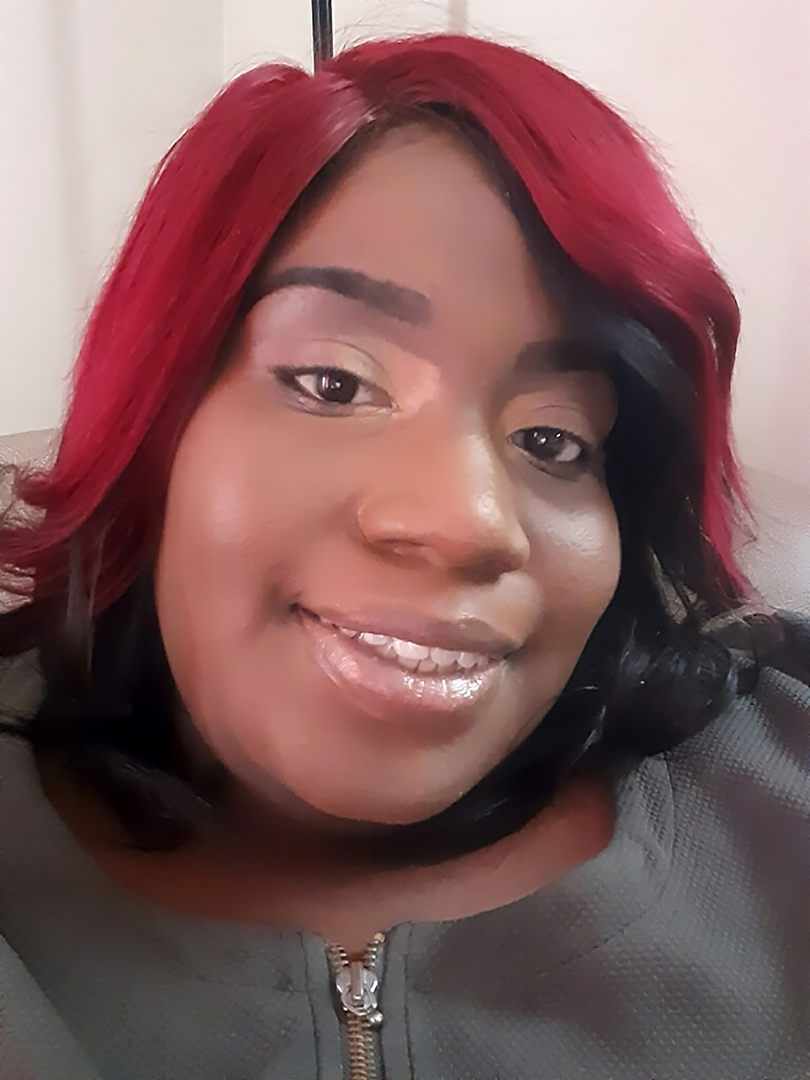 Tinisha Dixon, 26, takes a selfie at her apartment in Atlanta.

Tinisha Dixon was struggling to make the rent before the coronavirus arrived.

After some time homeless, Dixon thought she was back on her feet. She said she was about to start a new job at the State Road and Tollway Authority. But the job was put on hold, thanks to the virus.

The rent bill of $1,115 is due whether she's working or not. It covers the apartment near downtown Atlanta she shares with her partner and their five kids. Dixon, 26, said she's trying to braid hair and find work as a security guard.

Dixon's landlord had gone to court to evict the family before the coronavirus reprieve. Now she worries not making April's payment will strengthen that case. 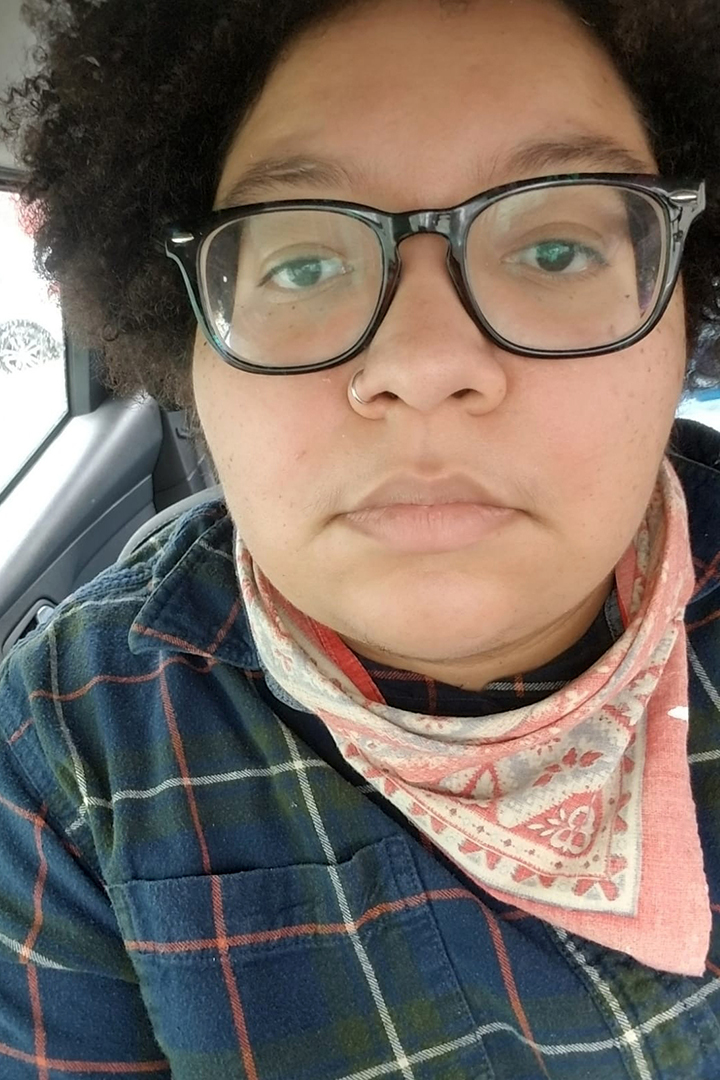 Jas Wheeler, 30, sits for a photo in Burlington, Vt.

With help from friends and a nonprofit, Jas Wheeler can pay April's rent. But Wheeler and their partner just bought a house down the road in Vergennes, Vermont, and the first mortgage payment is due in May.

"I am just really just trying to pray," said Wheeler, who hopes to see unemployment checks soon but worries the system is overwhelmed with so many people out of work.

Wheeler was laid off from a bakery. The 30-year-old thought about a grocery-store job, but they don't want to risk exposure to the coronavirus. So for now, they'll wait to see whether the bakery reopens.

"I would rather just get an unemployment check and ride it out ... I'm really thinking at the end of all this whenever that is, I'll be happy to get any job that I can get." 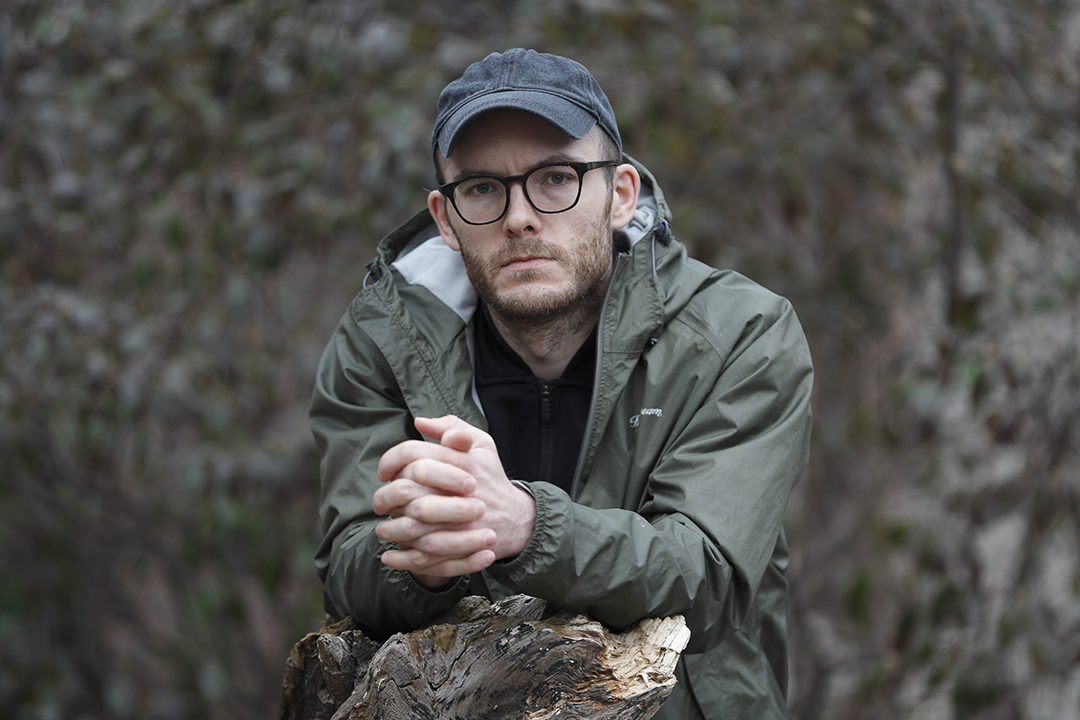 Neal Miller poses for a portrait near where he is living during the COVID-19 outbreak in Chicago.

Neal Miller is refusing to pay April's rent, to make a point.

Miller's last stable job was as an adjunct professor at Loyola University in Chicago. He recently was working temporary jobs, until that dried up, thanks to the virus.

Miller and his roommates decided to join leaders of Chicago activist groups calling for a rent strike amid the virus outbreak.

"We wrote a letter, sort of stated our situation," Miller said. "We're still waiting to hear back. We're not sure if that's a good sign or if that lack of response means we'll be hearing from a lawyer."