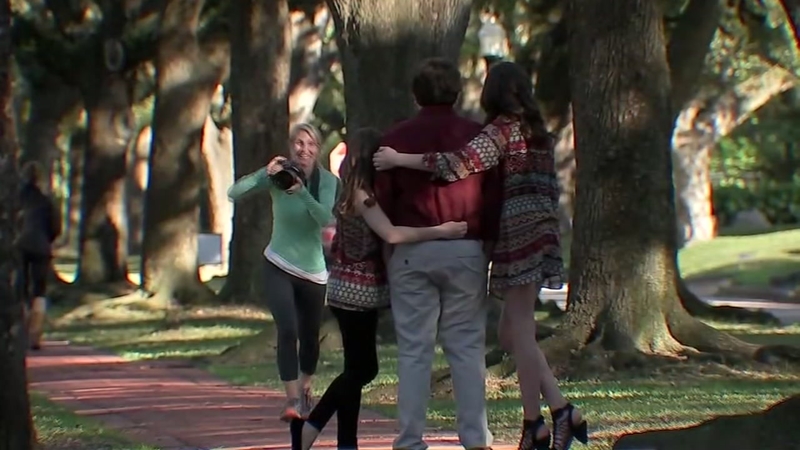 HOUSTON, Texas (KTRK) -- Many people were outraged after signs telling photographers they could not shoot in the park and esplanades of Broadacres were posted throughout the community.

Houston Public Works responded to the public in a press release confirming that the esplanade and streets are in the public right-of-way.

The public right-of-way is the area owned by the city which includes: streets sidewalks, drainage ditches, and esplanades.

The press release stated that public ROW is available for anyone in the community for use of legal activities including personal photography.

Debbie Psifidis, who has used the neighborhood as a backdrop for a decade was puzzled by the signs.

"It's just beautiful, and it's historic, and all the trees," Psifidis said.

She thought the esplanades are part of the public street.

"We're all paying taxes," Psifidis said. "My clients are paying taxes. I didn't realize they could get away with something like that."

However, the homeowners association said the property was deeded to the group in the 1920s, and is looking for the documentation to enforce its ban.

"We had to take a stand is what we basically had to do because people were going into people's gardens, standing on people's front steps and they felt that they could just take over the neighborhood," HOA president, Cece Fowler said.

The group said the signs went up because the photographers disrupt the peaceful neighborhood with large crowds, equipment and tables.

"I would say every time I'm walking through the neighborhood there is probably one family or one couple that's taking photos here, but they've never seemed chaotic," Houston resident Elizabeth Wong said.

"They're here," Houston resident Taylor Morrison said. "They're frequent, but I wouldn't say that there's more than one at a time. I've never seen two or three."

As the homeowners association looks into the matter, it removed all signs on the esplanades Monday.

The city said if you see a sign that you think shouldn't be on the right-of-way, or a photographer blocking the sidewalk, to call 311, and it will investigate the matter.