"It was an accident," he said. Mecom, the son of famed oilman John Mecom, Sr., never planned on buying the estate. He was overseas in the 1970s when the bank put the house on the auction block; he purchased it for $125,000 thinking it was a different home.

Now, he is heartbroken that the home he spent $18 million to lovingly restore and expand is nothing more than rubble.

"Selfishly, it could have been saved and could be improved, by far," he said.

Mecom, who once owned the New Orleans Saints and ran a race car team, raised four kids in that home. He is keenly aware of its place in Houston's architectural history.

Mecom sold the estate in 2000. When it last sold three years ago, there were rumblings that the new owner wanted to tear it down. But few expected bulldozers to actually roll. 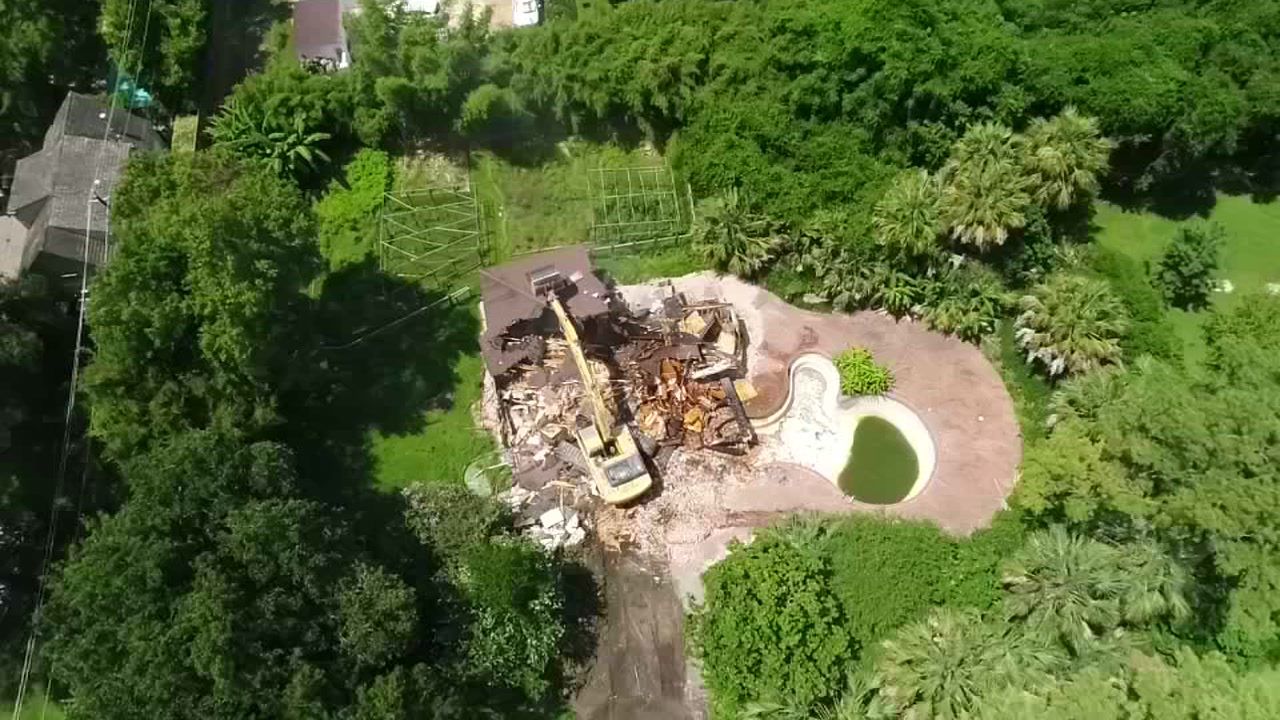 SkyDrone13 over mansion demolition
SkyDrone13 flew over the demolition of the Mecom mansion, an iconic piece of architecture in River Oaks.

"I wept," said Minnette Boesel, chair of the Houston Archeological and Historical Commission. "I was stunned someone could demolish something so beautiful."

Records show the home is owned by trader and investor Matt Arnold, the lesser well-known brother of John Arnold, head of the John and Laura Arnold Foundation. Public records show Matt Arnold's angel investor fund is registered to the Lazy Lane address. Our efforts to reach Arnold at his temporary residence were unsuccessful.

Coincidentally, his brother, John Arnold, also raised eyebrows a decade ago when he also purchased a historic property on Lazy Lane and then tore it down to build a new home.

"You had a significant architectural legacy in your hands. It's important to our city and our legacy, so why destroy it?" said a clearly frustrated Boesel. She urges current homeowners who live in historic homes to register them with the city, which will offer protection against future demolition.

"He paid the fair price I guess, so he can do what he wanted," said Mecom. "It's sad to see a lot of the past history of this city and state just being thrown away basically."

With that, Mecom turned to his current River Oaks home, which he is in the process of renovating. There will be no tearing down of this house, even if the past couldn't be saved. 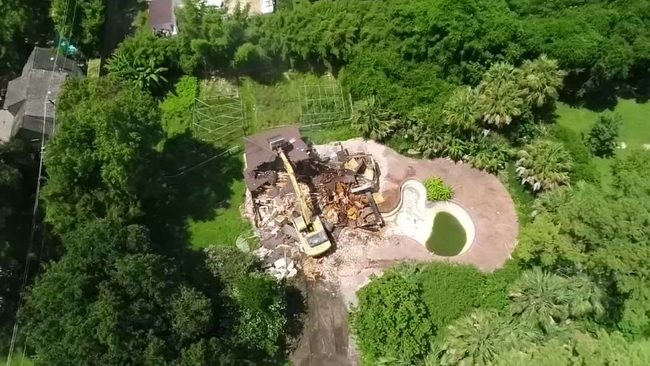