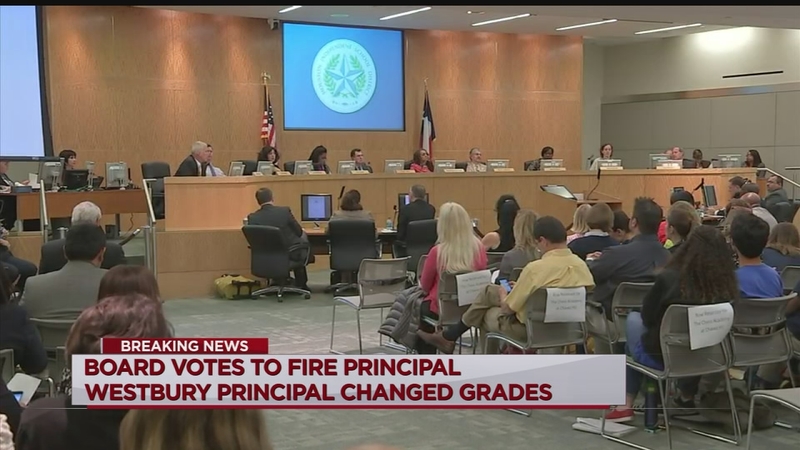 HISD trustees made the vote Thursday night during a school board meeting.

Earlier Thursday, Catchings' attorney attorney Tiger Hanner said he was following a guideline he received from an HISD supervisor in December, when a similar situation came up.

"Jason tried to get guidance on what to do, was told to put a 70 in as a placeholder grade until such time as you can substantiate the grades are valid or not," Hanner said.

Hanner says the person in charge of putting in grades at Westbury never received a gradebook from the long-term substitute. Hanner says Catchings was merely following HISD guidelines when he assigned temporary grades until he could validate the failing grades.

Of course, several HISD teachers tell us they feel pressure to give passing grades or be punished for it on their performance reviews.

"I started in 1989 and the first year when I was at Jeff Davis High School, I was pressured to change grades, too. And it didn't stop until I retired in 2010," former teacher Joyce Zongrone said.

HISD has expanded its investigation into grade-changing to include Reagan High School.