4 teens, including 3 refugees from Tanzania, accused of raping 18-year-old inside car 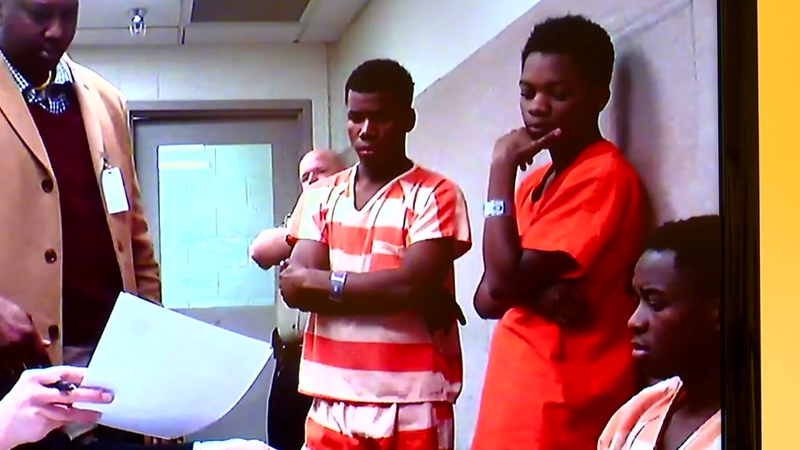 4 teens, including 3 refugees, accused of raping woman in car

KUNA, Idaho (KTRK) -- A shocking case is coming to light after three refugees from Tanzania and a 16-year-old boy are being charged with rape.

Ada County Sheriff's deputies arrested the teens, who made their first court appearance on Friday.

Iyombelo and Mulanga, both 18, and 19-year-old Lupango are being charged with raping an 18-year-old woman on Feb. 7 in Kuna, Idaho.

Because the 16-year-old is a juvenile, his name has not been released. It is unknown if the juvenile is also a refugee.

With very few details, prosecutors said the victim initially made contact with Iyombelo through social media, and she agreed to meet him.

When the woman showed up in her car, prosecutors said there were three other boys present, which made her apprehensive.

However, prosecutors say Iyombelo got in the car along with the 16-year-old, and started initiating sexual contact with the victim.

Prosecutors said at one point she told Iyombelo 'No,' but he didn't stop and the three others took turns raping her.

Prosecutors said she repeatedly cried out no, but was afraid to resist because she believe they would hurt or kill her.

The woman allegedly went to police, who tracked down the three teens using social media.

Authorities reportedly posed as the victim on social media and arranged a meeting with at least two of the suspects.

Prosecutors told KBOI that two of the suspects showed up with condoms and male enhancement pills.

The three teens told authorities that the information about them wasn't true, but the judge told them they would enter a plea at a later hearing.

The public defender said the suspects' version of the story is that the victim knew four boys would be present, and she agreed to have sex with them in exchange for money.

Prosecutors say police have many text or email messages between the victim and the suspects, and they say there's even video of the suspects apologizing to the woman.