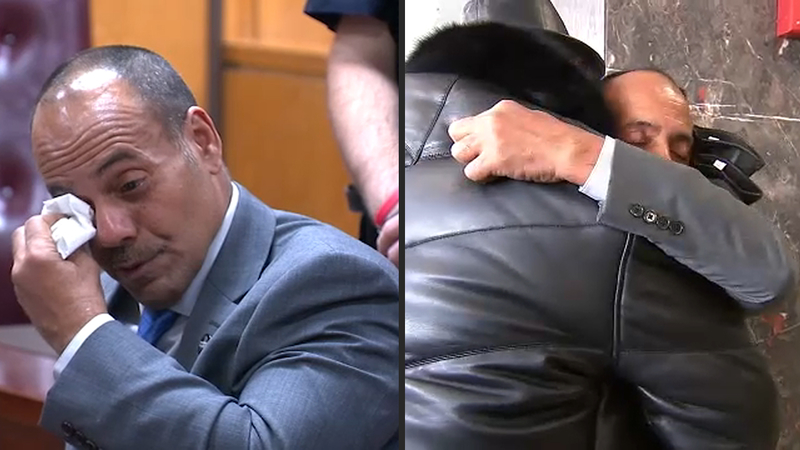 Man who served 25 years for NYC rape has conviction overturned

EAST HARLEM, Manhattan -- A man who was wrongfully convicted in a 1985 New York City sexual assault case has been cleared of all charges against him Tuesday.

The Supreme Court of the State of New York granted a joint motion to vacate the conviction of Rafael Ruiz due to newly discovered evidence found as part of a dual investigation by the Innocence Project and the New York County District Attorney's Office's Conviction Integrity Program that proved Ruiz's innocence.

He was previously released in 2009 after serving 25 years in prison for a crime he did not commit.

"I am thankful to the Innocence Project, for all their work to make today a reality," Ruiz said. "I lost 25 years of my life because I insisted upon my innocence and rejected plea bargains. Today feels like a huge burden off my shoulders, and I look forward to living a good life moving forward."

Seema Saifee, a senior staff attorney with the Innocence Project, said that this case is an example of how conviction integrity programs can work collaboratively with defense attorneys.

"It was through this collaboration that we were able to get to the truth in Mr. Ruiz's case," Saiffe said. "We now know that police conducted an inadequate investigation marked by unduly suggestive identification procedures. This led to the conviction of a young man with limited resources who bravely insisted he was innocent."

Ruiz was initially offered a plea deal of 1.5 to three years for the brutal crime, but he rejected the plea offer and was ultimately sentenced to eight to 25 years in prison. He went on to serve the full 25-year sentence.

Ruiz's conviction stemmed from a sexual assault that occurred on the rooftop of a Manhattan housing project in April 1984. The victim testified that she was walking in the Bronx when she encountered a man named "Ronnie," an acquaintance of her boyfriend whom she had briefly been introduced to on one prior occasion, and that Ronnie took her to a building in Manhattan.