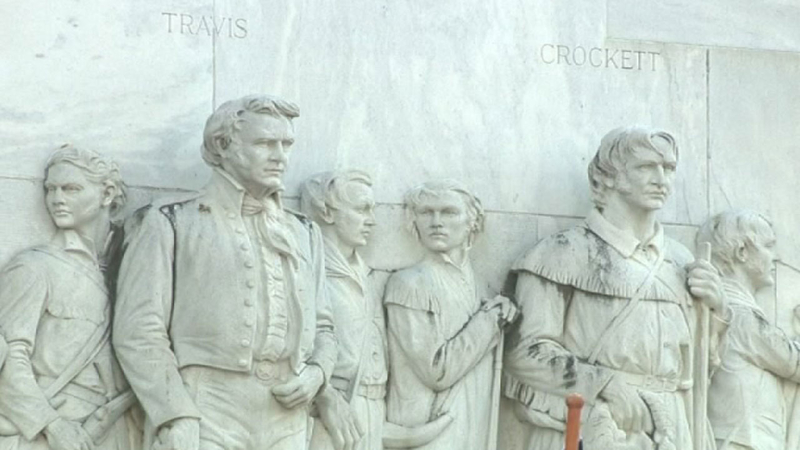 SAN ANTONIO, Texas -- Plans to move a 60-foot monument that's been in the plaza outside the Alamo for 80 years have run into opposition.

Protesters gathered at the Texas shrine Saturday showing their displeasure with an Alamo master plan to redo the plaza and move the granite Cenotaph. The president of the Alamo Defenders Descendants Association, Lee Spencer White, who organized the rally, says the monument installed in 1936 to mark the centennial of the battle commemorates the defenders and shouldn't be moved.

The renovation project is the work of the city, the nonprofit Alamo Endowment and the Texas General Land Office, which manages the Alamo. Land Office spokesman Bryan Preston says the project is intended to as close as possible return the site to the way it was in 1836.