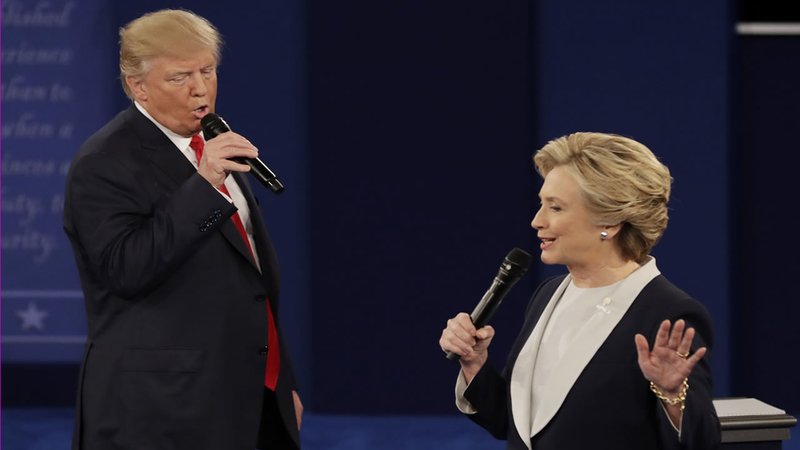 LAS VEGAS, NV (KTRK) -- Tonight is the third and final presidential debate. It's in Las Vegas on the University of Nevada, Las Vegas, campus, but it might as well be on the legendary Strip, given its high stakes.

Both candidates are looking to score decisive wins in this final one-on-one contest, which returns to a traditional format, featuring a single moderator and the candidates standing behind lecterns.

It might lack the unusual dynamic of the town hall style debate in St. Louis on October 9, but likely won't be absent the fireworks.

ABC13's Tom Abrahams talks to Mark Cuban ahead of the third presidential debate.

Among the topics planned for the 90-minute debate; foreign hot spots, the economy, immigration, debt and entitlements, the Supreme Court, and fitness to be president. Each topic gets 15 minutes, though if the previous two debates are any indicator, the candidates won't stick precisely to what's planned.

Trump's lead has shrunk to just three points, according to a new UH poll

Expect Republican nominee Donald Trump to question the legitimacy of the election as he has on the campaign trail. Expect him to debate Democratic nominee Hillary Clinton's ethics, given this week's Wikileaks release of more hacked emails and an FBI document which seems to show a "quid pro quo" request from the State Department at the time Clinton was Secretary of State. The FBI issued a statement to ABC News, which stated no such arrangement occurred.

"Trump needs something dramatic -- and stunts won't be enough. He has this one last shot to change the dynamics of the race," ABC News Political Director Rick Klein told Eyewitness News. "He needs to prosecute his case against Hillary Clinton and broaden his appeal."
For Clinton, expect she will attack Trump's vision of America as dark and divisive. She may also take the opportunity to further discuss the growing list of women who allege Trump made unwanted sexual advances. Trump has denied those allegations repeatedly.

"Clinton can afford to go big," said Klein. "Her challenge will be to answer Trump, but also to look and sound like a president. This might be the last shot she has to talk to a broad swath of the American people until she's actually elected president. She can't take anything for granted, but it's a great chance to make a turn toward what kind of president she aims to be, to strike a more unified tone."

The debate's moderator is Fox News' Chris Wallace, and you can watch the debate on KTRK-TV ABC13 beginning at 8pm tonight. You can also follow the debate live on Twitter at @tomabrahams.
Related topics:
politicsnevadadonald trumphillary rodham clintonu.s. & worldhillary clinton
Copyright © 2022 KTRK-TV. All Rights Reserved.
TOP STORIES
Daylight shows home destroyed after standoff with shooting suspect
What we know about man accused of shooting 3 HPD officers
5 people charged in connection with Pct. 5 corporal's murder
Driver dies after slamming into 18-wheeler's trailer on US-59
Woman shot in the shoulder during robbery set up in SW Houston
Prepare for a major closure at I-69 and 610 West Loop this weekend
Officers escort body of corporal killed in ambush to funeral home
Show More
Clouds clearing today, sunny through the weekend with rain next week
ABC13 obtains HPD scanner traffic of chase that led to shootout
'Tiger King' Joe Exotic resentenced to 21 years in prison
10 injured in PA bridge collapse; human chain formed to help
Bayou Bistro and Bar owner killed in Texas City shooting
More TOP STORIES News