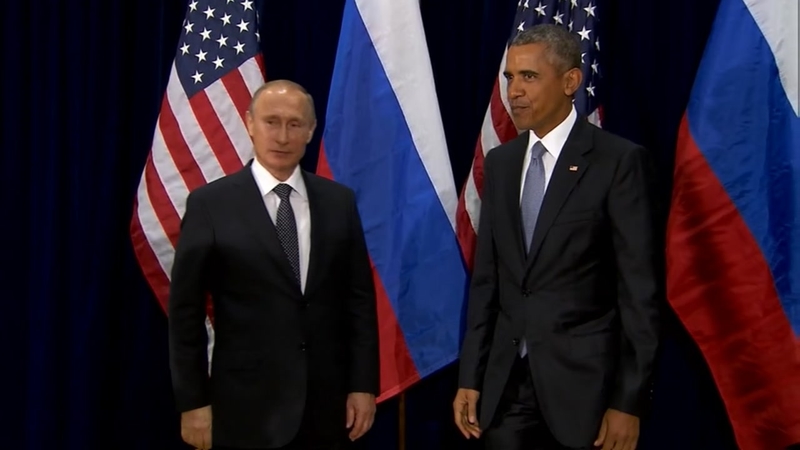 President Barack Obama has imposed sanctions on Russian officials and intelligence services in retaliation for Russia's interference in the U.S. presidential election by hacking American political sites and email accounts.

The State Department also has kicked out 35 Russian diplomats from its embassy in Washington and consulate in San Francisco, giving them and their families 72 hours to leave the U.S. The diplomats were declared persona non grata for acting in a "manner inconsistent with their diplomatic status."

Obama said Russians will no longer have access to two Russian government-owned compounds in the United States, in Maryland and in New York.

U.S. intelligence agencies concluded that Russia's goal was to help Donald Trump win - an assessment Trump has dismissed as ridiculous.

President-elect Donald Trump is responding to the Obama administration's decision to impose new sanctions on Russian officials and intelligence services by insisting it is "time for our country to move on to bigger and better things."