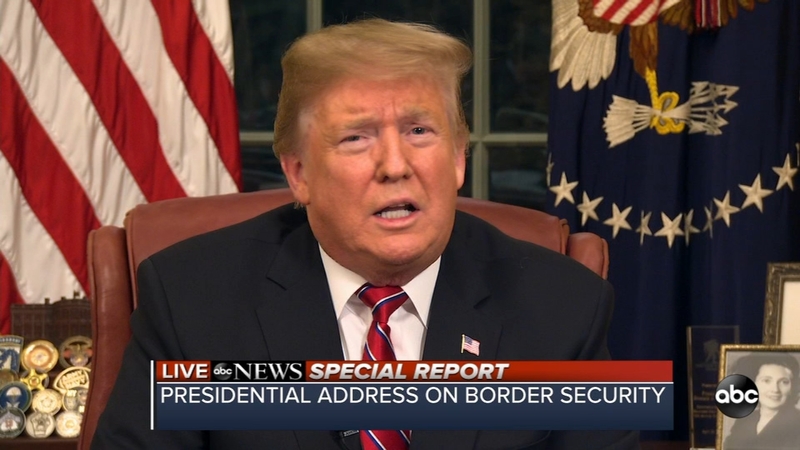 President Donald Trump spoke about Newman Police Corporal Ronil "Ron" Singh during his prime-time address to the nation on Tuesday.

"America's heart broke the day after Christmas when a young police officer in California was savagely murdered in cold blood by an illegal alien... just came across the border," the President said. "The life of an American hero was stolen by someone who had no right to be in our country."

"Day after day, precious lives are cut short by those who have violated our borders," he added.

Singh was shot and killed during a traffic stop in the early hours of December 26. The suspect who allegedly killed him turned out to be an undocumented immigrant.

That man, Pablo Virgen Mendoza, had crossed the border from Mexico to Arizona illegally, according to authorities.

Trump's address aimed to put pressure on Democrats and convince America he must get funding for his long-promised border wall in order to clamp down on illegal immigration.