EXCLUSIVE: Why Trump is fighting to get Cruz reelected to Senate 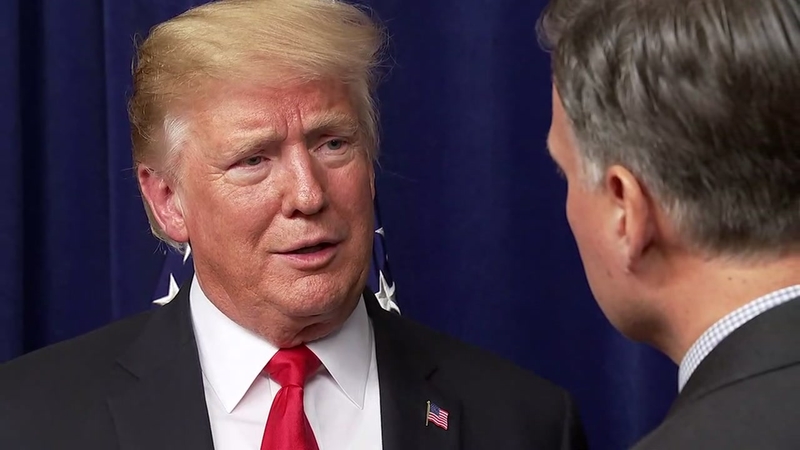 TRUMP: 'I think Republicans are going to do real real well'

HOUSTON, Texas (KTRK) -- Before President Donald Trump rallied supporters to re-elect Sen. Ted Cruz and other Republicans in Houston, he was speaking exclusively with ABC13.

Reporter and anchor Tom Abrahams spoke one-on-one with the president on key issues like immigration, and whether this year's midterm elections are a referendum on his first two years in office.

Tom also asked President Trump about how he came to become a vocal supporter of Sen. Ted Cruz, in spite of a contentious relationship during the 2016 election.

"We had to go to war for a little while," Trump admits. "And after the war was over, we get along great. It's just one of those things. But he's a great guy and he loves Texas."

During the "Make America Great Again" rally at the Toyota Center, Trump announced a 10 percent tax cut was coming for those families earning a middle class income.

Cruz, he says, is making that happen.

"He's really worked with me for tax cuts, regulation cuts, for all of the many things we've got, in the military, we have given our military, our soldiers, our great people, we've given them $700 billion, we're rebuilding our military, and $716 billion for the follow year," Trump said. "And Ted was right there with me. He was with me. There for the vets."

Watch the video above for more of Tom Abraham's exclusive interview with President Trump.

ABC13 anchor Tom Abrahams has what's next for the president after landing at Ellington Field.