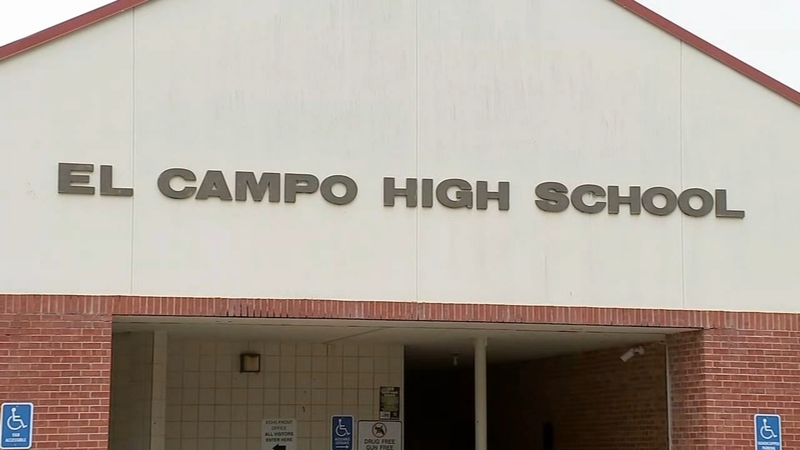 At this time, no charges are pending against the substitute, but District Attorney Dawn Allison says that could change, something parents and students say needs to happen.

"They're saying it's not a big deal but it is pretty disgusting that she did that in a public school, so it's pretty gross," McGraw said.

El Campo Chief of Police Terry Stanphill told ABC13 they have not been able to charge the substitute because they do not have enough evidence.

They no longer think public lewdness, the original charge they mentioned, applies to this situation.

McGraw's grandmother Mary Pena and older brother Aaron McGraw, who graduated in 2016 from the school, say if it had been a man who filmed the videos, he would have already been charged.

"If this happens, what's to say it's not going to happen again with any teacher or whatever they saw, 'Oh, they didn't do nothing, so it's okay, we can do it again,'" Pena said.

"Because she did do full force, she is really well known with the dance clubs that we have in school, so I feel like she got a lot of leeway in the situation, so I feel like yes, I feel like they should take more action against her," Aaron said.

Defense attorney Steve Shellist believes there is enough circumstantial evidence to charge the substitute, including comments she made on her own videos saying there were children inside the class while she filmed.

"There is certainly enough evidence to suggest that she committed a crime, she committed a pretty serious crime that happens to only rise to the level of a misdemeanor," Shellist said.

He said the district attorney is looking at the wrong charge, and he says the community can put pressure on their elected officials.

"So if the public in El Campo is fired up as they should be, they have the right to pressure their elected district attorney," Shellist said.

The Wharton County district attorney says they are now looking into the charge of indecent exposure, which is a class B misdemeanor.