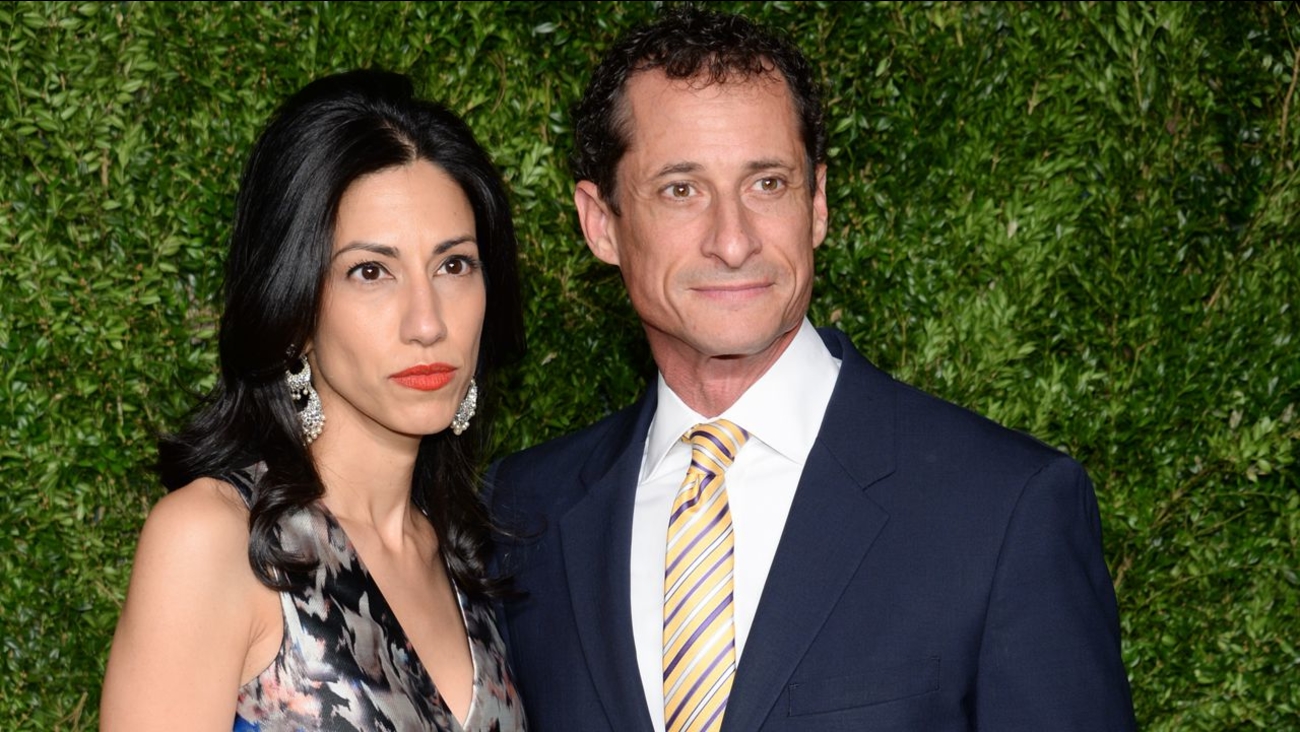 Abedin says in a statement released by Clinton's presidential campaign: "After long and painful consideration and work on my marriage, I have made the decision to separate from my husband.

She adds: "Anthony and I remain devoted to doing what is best for our son, who is the light of our life. During this difficult time, I ask for respect for our privacy."

The New York Post published photos late Sunday that the newspaper said Weiner had sent last year to a woman it identified only as a "40-something divorcee."

The Democrat quit Congress in 2011 following revelations that he was sending women sexually explicit messages.

Keep checking back on this page to get real-time updates as this story unfolds. To get alerts for breaking news, download the ABC-13 news app for iPhone or Android. You can also get breaking news alerts sent to you by email.
Related topics:
politicsu.s. & world
Copyright © 2020 by The Associated Press. All Rights Reserved.
More Videos
From CNN Newsource affiliates
TOP STORIES