In the last 30 days, President Donald Trump has shifted a lot of focus on his personal Twitter account to protecting Americans and the world from the scourge of terror.

While Hillary Clinton, the Russia investigation and "fake news" were still resonating within the last month, Trump's tweets appear to show he was laser-focused on the issue of terrorism, even before terror attacks in Manchester and London, England, and outside Cairo, Egypt.

Trump retweeted a CNN report citing Mexico as the second deadliest country in the world. In the story, Mexico was aligned with Arab nations where terrorism and suicide bombings have occurred.

Trump defended telling visiting Russian dignitaries about how the U.S. is waging its war against terrorism.

As President I wanted to share with Russia (at an openly scheduled W.H. meeting) which I have the absolute right to do, facts pertaining....

...to terrorism and airline flight safety. Humanitarian reasons, plus I want Russia to greatly step up their fight against ISIS & terrorism.

I have been asking Director Comey & others, from the beginning of my administration, to find the LEAKERS in the intelligence community.....

During his first overseas trip, President Trump told Arab leaders attending the Riyadh Summit it is time to oust terrorists from their countries.

A suicide bomber killed 23 people and injured 119 people with a shrapnel-filled homemade bomb outside a Manchester, England arena, where singer Ariana Grande had just finished a concert.

We stand in absolute solidarity with the people of the United Kingdom. pic.twitter.com/X6fUUxxYXE

About four hours later, the president returned to Twitter, and said:

All civilized nations must join together to protect human life and the sacred right of our citizens to live in safety and in peace.

Trump said he intended to make terrorism a major issue at the G7 summit.

Getting ready to engage G7 leaders on many issues including economic growth, terrorism, and security.

That same day, terrorists killed at least 30 Coptic Christians and injured 26 others when they attacked a bus heading to a monastery in the Minya region, 150 miles south of Cairo.

Terrorists are engaged in a war against civilization- it is up to all who value life to confront & defeat this evil➡️https://t.co/haeuvCIF6I

The day after the attack on the Coptic Christians in Egypt, Trump said terrorism would be a key subject of the G7 meetings.

Big G7 meetings today. Lots of very important matters under discussion. First on the list, of course, is terrorism. #G7Taormina

After U.S. officials apparently leaked information about the Manchester Arena terror attack to American journalists, UK authorities decided to stop sharing intelligence with the U.S. Three days after that decision, President Trump addressed the issue for the first time on Twitter:

British Prime Minister May was very angry that the info the U.K. gave to U.S. about Manchester was leaked. Gave me full details!

Police said three suspects rammed a van into pedestrians on London Bridge before stabbing people in restaurants and pubs along nearby Borough Market. At least seven people were killed, and 48 were wounded, according to ABC News.

President Trump used the moment to renew support for a travel ban on travelers from six mostly Muslim countries and refugees from anywhere in the world:

We need to be smart, vigilant and tough. We need the courts to give us back our rights. We need the Travel Ban as an extra level of safety!

The president also offered assistance to the U.K. in regards to the aftermath of the deadly attacks:

Whatever the United States can do to help out in London and the U. K., we will be there - WE ARE WITH YOU. GOD BLESS!

He also predicted that without such a travel ban, there would be dire consequences:

We must stop being politically correct and get down to the business of security for our people. If we don't get smart it will only get worse

The next day, Trump set his sights not on terrorists, but statements made by London Mayor Sadiq Khan, the first Muslim elected to that post:

At least 7 dead and 48 wounded in terror attack and Mayor of London says there is "no reason to be alarmed!"

Trump started the week by once again calling for a U.S. travel ban, and encouraged the Department of Justice to push for a policy that is less "politically correct."

People, the lawyers and the courts can call it whatever they want, but I am calling it what we need and what it is, a TRAVEL BAN!

The Justice Dept. should have stayed with the original Travel Ban, not the watered down, politically correct version they submitted to S.C.

The Justice Dept. should ask for an expedited hearing of the watered down Travel Ban before the Supreme Court - & seek much tougher version!

In any event we are EXTREME VETTING people coming into the U.S. in order to help keep our country safe. The courts are slow and political! 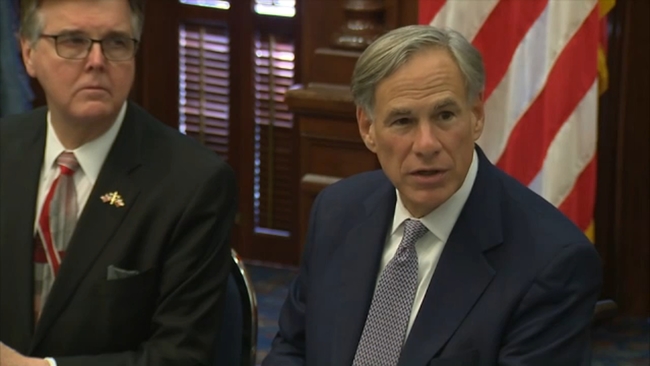