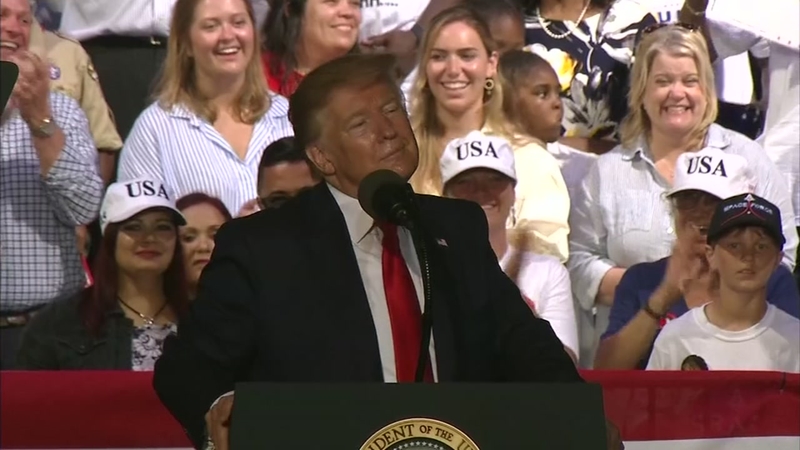 During a campaign rally in Panama City Beach, Florida, President Donald Trump joked after someone made a comment that migrants coming into the United States should be shot.

PANAMA CITY BEACH, Fla. -- During a campaign rally in Panama City Beach, Florida, on Wednesday night, President Donald Trump joked after someone made a comment that migrants coming into the United States should be shot.

"When you have 15,000 people marching up, and you have hundreds and hundreds of people, and you have two or three border security people that are brave and great ...," Trump said about his concerns with the US-Mexico border. "And don't forget, we don't let them and we can't let them use weapons. We can't. Other countries do. We can't. I would never do that. But how do you stop these people?"

That's when someone in the crowd yelled, "Shoot them."

Seconds after the comment, laughter ensued. Trump, who also laughed, shook his head and said, "That's only in the Panhandle you can get away with that statement."

He then stepped back from the microphone and smirked and the crowd continued to laugh.

CNN reached out to the Trump campaign but a request for comment was not returned.