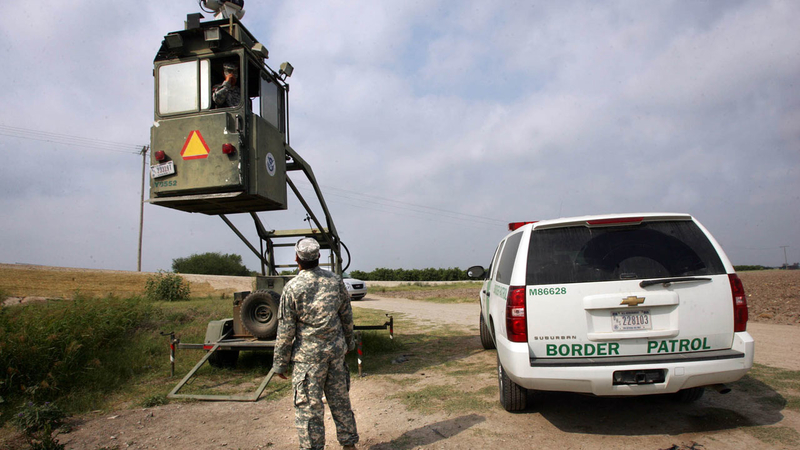 National Guard troops to be deployed to border

Texas Gov. Greg Abbott said he would add about 300 troops a week to the 250 members of the National Guard whose deployment was announced Friday until the total number reaches at least 1,000 troops.

Arizona, New Mexico, and Texas pledged on Monday to send about 1,600 National Guard members to the U.S.-Mexico border, responding to President Donald Trump's plan to use the military to help fight illegal immigration and drug trafficking.

The Texas Military Department tweeted a photo with the caption "Texas National Guard is currently on ground across the Texas-Mexico border with the U.S. Customs and Border Protection, preparing for more operations and troops."

#HappeningNow: Our #Texas #NationalGuard is currently on the border planning with @CBP for future operations. pic.twitter.com/PGNM7V5v3D

Trump said last week that he wanted to use the military to secure the U.S.-Mexico border until his promised border wall is built.

"We're going to be doing things militarily. Until we can have a wall and proper security, we're going to be guarding our border with the military," Trump said, calling the measure a "big step."

Arizona officials announced they were sending 225 National Guard members to the border Monday and would deploy another 113 on Tuesday.

New Mexico Gov. Susana Martinez's office said that more than 80 troops would deploy later this week. They will be the first of an expected 250 Guard members from New Mexico to serve on the border.

Trump said last week he wants to send 2,000 to 4,000 National Guard members to the southwestern border.

Sending military to the border, in the form of National Guard troops, has been done before. In 2006, under Operation Jump Start, 6,000 troops were sent to the border in an effort to increase security and surveillance. The operation used the National Guard to assist border patrol with non-law enforcement duties while additional border agents were hired and trained.

The number declined during the second year to about 3,000.

Over the two years, about 29,000 National Guard forces participated in the missions, as forces rotated in and out.

#Texas #NationalGuard Lakota aircraft currently on their way to the US -Mexico border. pic.twitter.com/kFnlNnNBtx