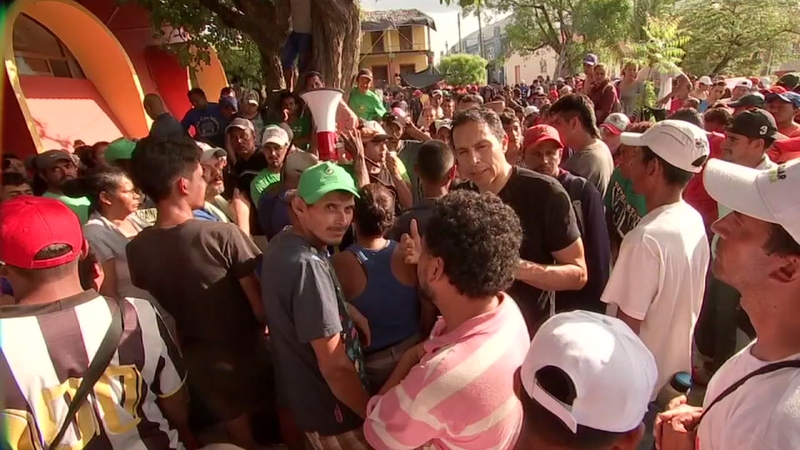 TAPANATEPEC, Mexico (KTRK) -- Thousands of migrants who are enduring brutal conditions on their journey are determined to reach the United States border, despite an offer of refuge in Mexico.

ABC13's Art Rascon is in southern Mexico with the caravan.

Hundreds of migrants are back on the move, after a day of rest on Sunday.

Over the weekend, a local official in southern Mexico says a disturbance broke out at the encampment.

RELATED: Migrant caravan swells to 5,000 while advancing toward US

Municipal security chief Raul Medina Melendez in the town of Tapanatepec says that some in the crowd grew upset when a man with a megaphone urged them to line up and wait their turn for sandwiches and water the town was distributing late Saturday.

He says some began to attack him and he fled down a street. A false rumor spread that the man had grabbed a child for protection from the attackers.

The assailants caught and beat him, but police intervened and he was treated at a hospital.

As Sunday dawned, several in the crowd took to a microphone to chide their colleagues for the attack and urge better behavior.

The group of roughly 4,000 people has decided to rest for the day in the town, which itself has a population of only about 7,500.