Mayor's press secretary suspended for hiding emails about side business 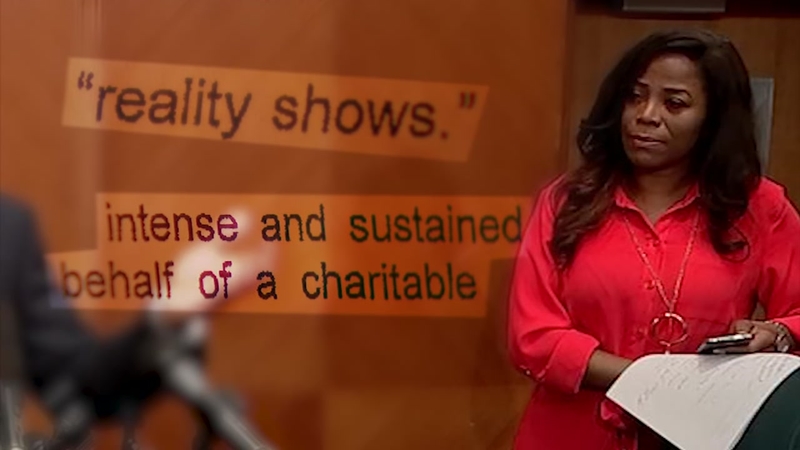 HOUSTON, Texas (KTRK) -- Mayor Sylvester Turner's press secretary was suspended for two weeks without pay after she failed to turn over thousands of documents required to be released under Texas law.

Darian Ward was asked to turn over emails relating to her work on non-city related projects, including a private side business called "Joy in Motion Productions."

Ward told Trent Siebert, the journalist who requested the records, and her bosses that she only had 30 emails relating to the request.

When asked again, Ward told her boss that she was providing 29 of the 30 emails "merely to demonstrate to [Siebert] that the request produced only one relevant email.

The city's Office of Inspector General searched the city system and found about 5,000 emails dealing with Ward's side business "Joy in Motion, or other personal, non-city business matters over the three year period" requested, a city memo said.

In those emails were proposals with film and TV companies for Ward's "personal business ideas" for reality shows.

Ward was reprimanded for violating city computer use policies, undertaking outside employment without approval and for a city ordinance prohibiting city employees from using their city job to "secure special advantage".

"The mayor's press secretary is really the front door for the public's right to know what's going on with government," said David Kahne, board member for Freedom of Information Texas.

"I don't see this as a simple mistake," Kahne said. "If we can't trust government officials to comply with -- and especially the press secretary to comply with -- this foundational law, this critical law that ensures our ability to learn what's going on, then the whole system flounders."

In addition to e-mails about Ward's business, there was a "sustained promotional" campaign for a charity Ward worked for. That organization had no government functions and at least once, the emails were considered to be a solicitation from a government employee, the memo said.

"Ms. Ward, you misrepresented to the requestor the volume of documents regarding the TPIA request under state law and you misinformed the Chief of Staff and me; you spent a significant amount of city time conducting your personal business rather than focusing on your work task. Your actions are in violation of... city policies," Alan Berstein, Turner's communication director, wrote to Ward.

"Ms. Ward, you not only understood, but also agree that your outside employment should in no way conflict or compete for your energy, mentally, or physically, with your City job nor shall it create a conflict between the public trust held by you in your capacity as an employee with [the City of Houston.] However, your actions proved otherwise," Berstein said.

"She should be terminated," Kubosh said. "If she lied about the number of records and used government time to conduct private business, there's no mercy for that."

Open records advocates, like Freedom of Information Texas, have held in previous cases that public officials should not be responsible for requests for their own records.